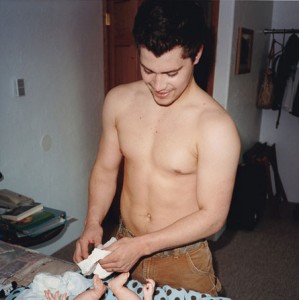 Sarah Palin‘s almost-son-in-law Levi Johnston has been toying with the idea of an appearance in Playgirl for what seems like forever, but recently the rumors have been rekindled. Now, the deal seems inevitable and the only the thing holding him back is deciding whether or not he’ll show all of the Alaskan wilderness or just the coastline — if you know what we’re saying.

In light of yesterday’s Associated Press report that Johnston would, in fact, pose (after a stint in the gym), we went on a little trip back through the archives. “Research,” you could call it, of the illustrious company Johnston will join when he stars in an issue of the now-online magazine. (The final print issue was published last November.) And though the magazine historically struggled with getting the high-profile nude shots that would have set them apart as extra-scandalous, they did manage to snag quite a few hilarious, er… stars. If you want to call them that. Let’s just say Nick Nolte and Sly Stallone are about as highbrow as you’re going to get.

Check out the cover stars!