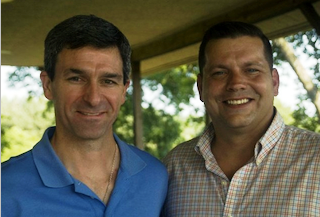 Ken Cuccinelli lost the 2013 gubernatorial race in Virginia on a platform that included outlawing consensual oral sex for married, heterosexual couples. Now State Senator Thomas Garrett, who calls himself a “Cuccinelli conservative,” is following in the Virginia attorney general’s footsteps by introducing a law that would do the same for consenting teenagers.

It has only been months since federal courts deemed Virginia’s so-called “Crimes Against Nature” law unconstitutional, but now Garrett has introduced new, nearly identical legislation that would reinstate many of the same proscriptions. The proposal, titled SB 14 Crimes Against Nature, says that “engaging in consensual sodomy is not a crime if all persons participating are adults, are not in a public place, and are not committing, attempting to commit, conspiring to commit, aiding, or abetting any act in furtherance of prostitution.”

A. If any Any person who (i) carnally knows in any manner any brute animal, or (ii) carnally knows any male or female person by the anus or by or with the mouth, or voluntarily submits to such carnal knowledge, he or she shall be guilty of a Class 6 felony, except as provided in subsection B. The provisions of clause (ii) shall not apply where all persons are consenting adults who are not in a public place and who are not committing, attempting to commit, conspiring to commit, aiding, or abetting any act in furtherance of prostitution.

The Huffington Post quotes one UCLA law professor, who points out one inherent problem with the new law. “Virginia law provides that genital sex with a 15-to-17-year-old is a misdemeanor, and sex among 15-to-17-year-olds is perfectly legal,” Eugene Volokh writes. “So if two 17-year-olds are choosing whether to have oral sex or genital sex, the law would push them towards the form of sex that is more likely to transmit disease, and more likely to cause unwanted pregnancy.”