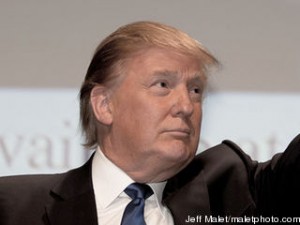 Ratings for Donald Trump‘s NBC series The Apprentice have sagged the last couple of weeks, prompting a wave of speculation among the pundit class that his birther crusade is turning off the show’s viewership. In fact, his viewership has fluctuated wildly over the past several years, making such pronouncements premature.

“Yes, the numbers were down, but I don’t see this as a trend at all,” Patricia Phalen, a professor of media and public affairs at George Washington University, told TPM. “There could be any number of factors influencing a decline, if that is really what’s happening. For one thing, it’s April, and people are more likely to be out. For another, the content of any particular program could be less attractive for the viewer. I happen to be an Apprentice fan, and the latest episode was very, very predictable.”

Trump’s April 17 episode drew 7.6 million viewers, down from 8.2 million the previous week and 9.7 million viewers on April 3, right as his birther junket was getting into full swing. But the show’s ratings have always been inconsistent — its first season drew around 20 million viewers a night on average but by 2010, the 10th season of The Apprentice suffered dismal ratings, bringing in about 4 million viewers on average and prompting murmurs it might be canceled. Producers reportedly even filmed multiple endings with different winners for their last episode because their shrinking viewership wasn’t enough to merit a live finale.

The numbers have since picked up, but its volatile following makes it difficult to assess the impact of Trump’s presidential ambitions on the show’s success.

For his part, Trump has downplayed any connection between his latest explosion of publicity and his television series.

Note – this post was written by Benjay Sarlin for Talking Points Memo and appears on Mediaite via a content sharing agreement.