Is Michael Wolff’s Bombshell Reporting Based in Part on Recorded Phone Calls? 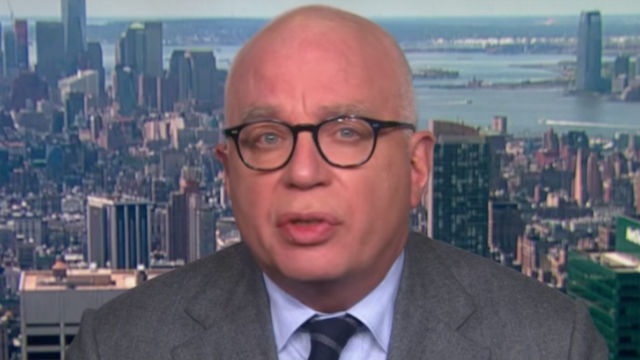 Remember when the first week of the year used to be a slow news window? Welcome to year two of the Trump presidency, which already has the heads of news junkies spinning faster than Sarah Sanders at a White House press conference.

While, like most people, I’m still trying to comprehend the magnitude of the past 24 hours (in which an amazing New York Times piece by the firm behind the “Fusion GPS Dossier,” credibly alleging strong evidence of Trump ties to Russia, barely even got noticed) there is at least one intriguing media element which needs more explanation. Specifically, I am referring to the basis of Michael Wolff’s reporting for his remarkable book excerpt in New York Magazine.

There are many elements of the incredible piece which are just flat-out insane, even by Trump standards. There has also already been, mostly non-specific, pushback against the accuracy of some of what Wolff has written.

What does not appear to be in dispute, however, is that Wolff had extraordinary access to the start of the Trump administration, which was apparently given to him, in an act of stunning hubris and stupidity, by Donald Trump himself. This explains a lot about how Wolff got his information, but not all.

It seems to me that there is a good chance that Wolff has had access to recorded phone calls with the president, or at least to transcripts of his electronic conversations. At the very least, the remarkable specificity of some of the quotes he uses requires some explanation, and I hope that as Wolff does interviews to promote his book, this issue will be nailed down.

There are two sections of the lengthy excerpt which I find most intriguing/perplexing with regard to how Wolff gained access to his quotes.

The first has already gotten a lot of attention because it ends with Rupert Murdoch, the man who paid those at Fox News Channel many millions of dollars to help get Trump elected, calling the president-elect a “fucking idiot.” Here is how that reads:

On December 14, a high-level delegation from Silicon Valley came to Trump Tower to meet him. Later that afternoon, according to a source privy to details of the conversation, Trump called Rupert Murdoch, who asked him how the meeting had gone.

“Oh, great, just great,” said Trump. “These guys really need my help. Obama was not very favorable to them, too much regulation. This is really an opportunity for me to help them.”

“Donald,” said Murdoch, “for eight years these guys had Obama in their pocket. They practically ran the administration. They don’t need your help.”

Murdoch suggested that taking a liberal approach to H-1B visas, which open America’s doors to select immigrants, might be hard to square with his promises to build a wall and close the borders. But Trump seemed unconcerned, assuring Murdoch, “We’ll figure it out.”

“What a fucking idiot,” said Murdoch, shrugging, as he got off the phone.

Forgetting the astonishing nature of the content there, let’s examine how Wolff could possibly have acquired such curiously precise quotations.

Wolff cites only a “source privy to details of the conversation,” but in a two-way phone conversation that can ONLY mean one of two people (unless, of course, there is a recording). Therefore, unless there is a record of the call, Murdoch would HAVE to be the source of Wolff’s information.

That “fact” alone would be utterly amazing, but that would not fully explain how Wolff has such VERY specific quotes (for instance Trump saying, “Oh great, just great,” as opposed to simply “great”) from BOTH sides of a phone call. Yes, Wolff could have been listening to Trump’s part of the call in person, but how and why would Murdoch remember exactly what he told Trump him with enough clarity for Wolff to put that in quotes, even if Murdoch, bizarrely, decided to tell the author about it?

But none of this explains that critical last line where Murdoch calls Trump a “fucking idiot” AFTER hanging up and while shrugging his shoulders. Obviously, that could only come from Murdoch, or someone who was in the room with him and no longer cares about his relationship with one of the most powerful people in the world.

It seems to me that this all makes a lot more sense if there is some sort of a recording of both sides of the conversation. If there is, that is extremely important and should be released.

Further heightening my suspicions about Wolff having access to tapes is another phone call referenced much later in the piece. There, Wolff goes on for six full paragraphs, filled with direct and specific quotes, from a February 6th phone call Trump made “unsolicited” to a “casual acquaintance” (which, just weeks into his presidency, is utterly nuts on its own).

While it is possible that Wolff witnessed Trump’s end of that call, I am skeptical that, without a recording device, even a tremendous stenographer could have written down all of those quotes while watching a fast-talking Trump. At least not with enough accuracy to justify quotation marks from the president from what was presumably a private conversation.

But it is Wolff’s one-line 7th paragraph on that particular call which really has my “Spidey senses” up. “The call went on for 26 minutes,” Wolff writes.

Now, if you were simply witnessing such a phone call and furiously writing down what Trump was saying as quickly as you possibly could, you would have no idea of the exact time of the call. At most, you might look at your phone and be able to estimate the time of the call. In that case, you would write that the call went “25 minutes.” The strangely specific use of “26 minutes” almost seems as if Wolff is bragging that he has these calls recorded, without having to actually say that is the case.

Again, I could be wrong about this, but there is definitely enough smoke here to demand some explanations from Wolff. I wish that I trusted the news media to ever get to the bottom of it all.