Is This the Democratic Strategy to Beat Trump? 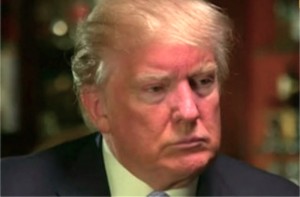 A massive document that appeared to be the Democrats’ opposition research file on Donald Trump appeared on Gawker Wednesday afternoon.

The release follows reports that hackers aligned with the Russian government had successfully breached the DNC’s computers and stolen the party’s oppo research.

The 200+ page document is dated from Dec. 2015 and begins by outlining the core narratives that the party could use against the then-GOP frontrunner, current presumptive nominee.

Those core narratives are:

Gawker reports that they received the document from a hacker calling himself Guccifer 2.0, a reference to “Guccifer,” the moniker for the Romanian hacker who claims to have breached Hillary Clinton‘s private email server. They write that the memo came with a trove of other documents that “appear to be several lists of donors, including email addresses and donation amounts, grouped by wealth and specific fundraising events.”

The file is viewable here.