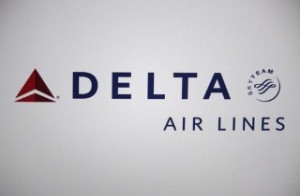 In-flight entertainment is generally great. It is usually just trashy reality shows or a blockbuster from last summer, but it does the trick for anyone who forgot to download something more substantial to their iPad before takeoff.

Speaking of takeoff, though, here’s a note to Delta Airlines: If you take off entire scenes from award-winning movies that are fundamentally dependent on the scenes you remove, people will notice! They will be annoyed!

Carol totally slayed the awards circuit last year. It won the Queer Palm at Cannes in 2015, too, so that should be a pretty good indicator that the LGBT themes are a driving force in the movie. The honest depiction of lesbian love spawned so many thinkpieces and was widely hailed as being groundbreaking, important, and well done. So if the movie is about lesbians, won awards specifically for its queer elements, and is famous enough to be recognized by a hefty portion of passengers, why did Delta get rid of all the scenes that show the protagonists kissing?

It appears to have been happening for quite some time, too…

@cameronesposito @Delta wait WHAT!? I saw it on a Delta flight and thought that the director/producer chose that creatively.

The anger here comes from the implication that homosexual love and intimacy are taboo or unworthy of recognition. At After Ellen, Trish Bendix, especially, were concerned that queer women might watch the edited version and never realize that the characters do experience a payoff, thus internalizing the idea that partnerships sometimes go unfulfilled because of intolerance standing in the way, as it does in the film. Because a central theme of the movie is that the women do find ways to be together, cutting their intimate moments changes much of the take-away.

Delta has said nothing publicly about why they would choose to edit two women kissing but not edit more explicit hetero scenes in other films. For now, if you’re angry, you have flight options. According to the writer of the film, Phillis Nagy, two airlines took the unedited version:

@trishbendix @Delta domestic airlines that took the theatrical rather than edited version: American and United.