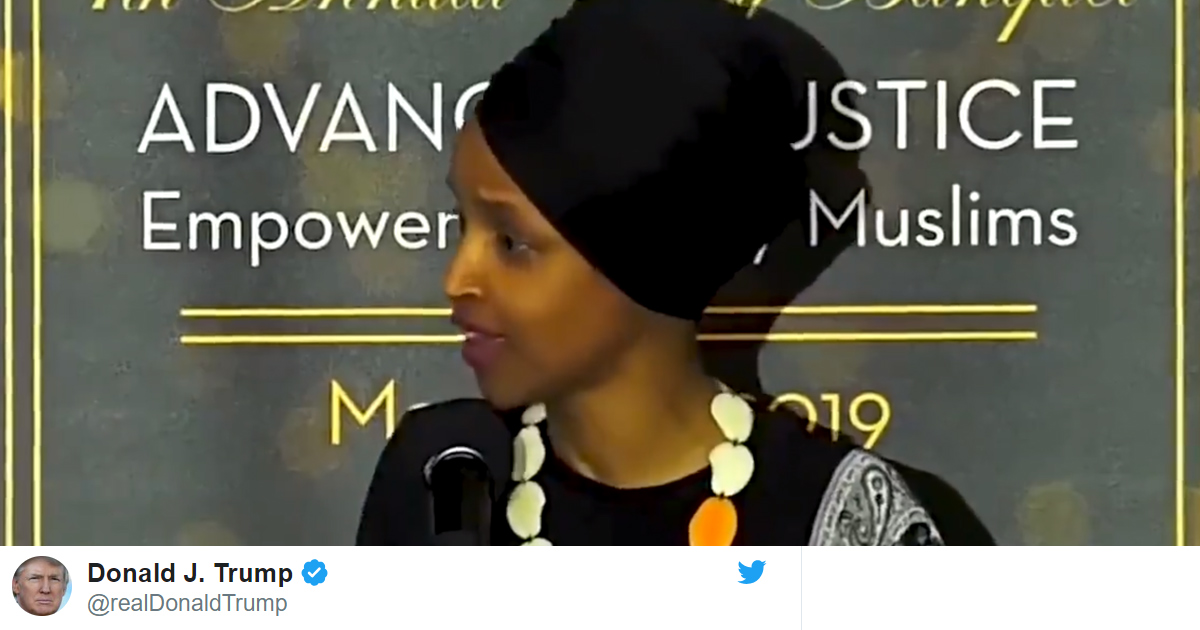 Twitter CEO Jack Dorsey called Rep Ilhan Omar (D-MN) this week to explain why the social media network will not remove a tweet shared by President Donald Trump despite it leading to the freshman lawmaker receiving new threats.

The Trump tweet in question shows footage of the 9/11 terrorist attacks juxtaposed with audio of Omar saying, “Some people did something.” Trump and other Republicans have used that incomplete quote to accuse the lawmaker of downplaying the attacks, but lawmaker was actually discussing anti-Muslim bigotry in America post-9/11 and used those terms to show that the Muslim-American community is not connected to the incident.

During the call, the Washington Post reports that Omar inquired as to why Twitter had not removed the tweet — given the new threats as well as the two men arrested for threatening to assassinate Omar — but Dorsey argued that the post did not violate the site’s terms of service and noted that the tweet had already been picked up elsewhere.

A statement from Twitter on the call says the CEO “emphasized that death threats, incitement to violence, and hateful conduct are not allowed” on the platform and that he has an open dialogue with the lawmaker.

“We’ve significantly invested in technology to proactively surface this type of content and will continue to focus on reducing the burden on the individual being targeted,” Twitter stated. “Our team has also consistently been in touch with Rep. Omar’s office.”

Earlier this week, Dorsey sat down with Trump and the president reportedly spent a “significant portion” of time demanding to know if Twitter removed or limited his number of followers on the site.