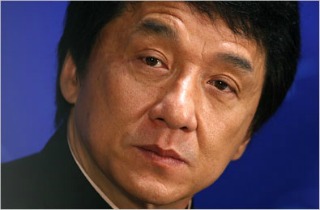 In a recent Chinese TV interview, well-known martial artist and actor Jackie Chan slammed America as “the most corrupt country in the world.” Although the remarks may come as a surprise to many Americans, The Washington Post notes that Chan is a passionate political activist, “a staunch defender of the Chinese Communist party” and a “harsh critic of anyone he sees as opposing Beijing.”

In a new piece called “The anti-Americanism of Jack Chan,” author Max Fisher transcribes the recent interview and notes that Chan has been “stirring controversy for a few years now for criticizing Taiwan and Hong Kong as models of what can go wrong when you have ‘too much freedom.'”

Chan also says that Chinese citizens should not criticize their country to foreigners and notes that he is always cognizant of this in American interviews. He adds that although China may also has a “corruption” problem, the country is “making progress.” The cause of the world financial crisis, or “Great Breakdown,” according to Chan, is the United States.

Chan has previously stated of censorship in Chinese media that “Chinese people need to be controlled, otherwise they will do whatever they want.”

Fisher notes that “Chan’s comments, though widely disparaged on Chinese social media, do reflect a certain strain of anti-Americanism that is particular to some elements of China.” He goes on to add that Chan and others’ “defensiveness” is likely about “internal Chinese doubts about their country’s progress.”

It might be perplexing to some that Chan still makes movies in the US, given his apparent hatred for the country. Fisher, however, ays, “To the degree that Chan’s comments were anti-American, they likewise reflect a common Chinese view of the United States, one that is rooted not just in attitudes toward America but in China’s proud but sometimes insecure view of itself.”

“In other words,” he adds. “We shouldn’t be too offended.”