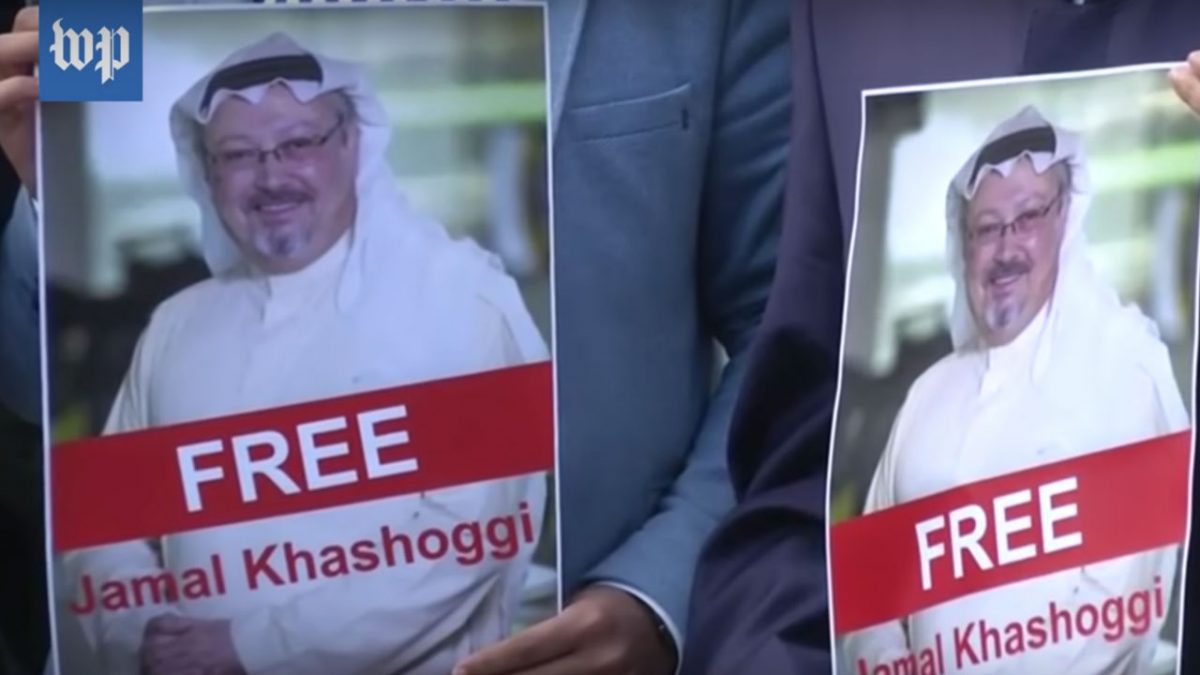 Hatice Cengiz, the fiancée of missing Saudi journalist and Washington Post columnist Jamal Khashoggi, wants answers and she is appealing to President Donald Trump directly in a new op-ed.

Khashoggi is feared dead after entering the Saudi consulate in Istanbul. Tonight the New York Times reported that Turkish officials concluded he was assassinated in the consulate “on orders from the highest levels of the royal court.” Saudi officials have denied the allegations.

Cengiz writes in the Post about his disappearance and her attempts to get back in contact with him:

[H]e did not mind walking into the Saudi Consulate in Istanbul because he did not believe that something bad could happen on Turkish soil. It would be a violation of international law to harm, arrest or detain people at a diplomatic mission, he said, and noted that no such thing had ever happened in Turkey’s history. After a positive first meeting with consular staff, who welcomed him warmly and assured him that the necessary paperwork would come through, Jamal was hardly concerned ahead of his second visit. He walked into the consulate of Saudi Arabia, his native country, without doubting he would be safe there.

After seeing how relaxed he was, I waited patiently and full of hope. But after three hours I was overcome with fear and concern. I texted a few friends to inform them, and I asked about Jamal at the consular building. I received an answer that further fueled my fears: Jamal had already left, they told me, possibly without my noticing. Trying to stay calm, I immediately called Yasin Aktay, an adviser to Turkish President Recep Tayyip Erdogan and one of Jamal’s oldest friends. Since the incident came to the attention of the press and law enforcement, I have been waiting fearfully.

She expresses confidence in the Turkish government officials investigating and adds, “At this time, I implore President Trump and first lady Melania Trump to help shed light on Jamal’s disappearance. I also urge Saudi Arabia, especially King Salman and Crown Prince Mohammed bin Salman, to show the same level of sensitivity and release CCTV footage from the consulate.”

You can read her full op-ed here.