Journolist is Back: Attempted Coordination To Downplay Jeremiah Wright Story 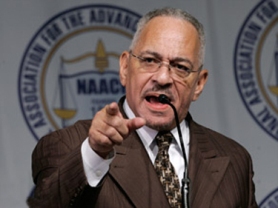 The liberal listserv in the news last month whose leaks forced a resignation from The Washington Post‘s Dave Weigel is back today.

Journolist emails about Rev. Jeremiah Wright from during the 2008 presidential election have been published by The Daily Caller. But do they reveal anything?

“According to records obtained by The Daily Caller, at several points during the 2008 presidential campaign a group of liberal journalists took radical steps to protect their favored candidate,” writes The Daily Caller’s Johnathan Strong. “Employees of news organizations including Time, Politico, the Huffington Post, the Baltimore Sun, the Guardian, Salon and the New Republic participated in outpourings of anger over how Obama had been treated in the media, and in some cases plotted to fix the damage.”

This is how the story is set up – but the pay off largely isn’t there. What the Daily Caller proves is that many liberal opinion columnists, not necessarily supposedly-unbiased reporters, didn’t like the mainstream media talking about Rev. Jeremiah Wright. That’s not surprising. Also, their attempts to ‘plot to fix the damage’ largely failed (a well-orchestrated response quote regarding an ABC debate came and went mostly unnoticed), as the Wright story bubbled up for a significant part of the campaign, across the entire media.

Still, some of the comments in the emails show liberal journalists trying to deflect the story in any way possible. “Spencer Ackerman of the Washington Independent urged his colleagues to deflect attention from Obama’s relationship with Wright by changing the subject,” writes Strong. “Pick one of Obama’s conservative critics, Ackerman wrote, ‘Fred Barnes, Karl Rove, who cares — and call them racists.'”

Chris Hayes of The Nation, and now a regular guest anchor on MSNBC’s The Ed Show and for Rachel Maddow, only urged those to defend Wright if they believed he was defensible, but “there is no earthly reason to use our various platforms to discuss what about Wright we find objectionable.”

“Our country disappears people. It tortures people. It has the blood of as many as one million Iraqi civilians — men, women, children, the infirmed — on its hands. You’ll forgive me if I just can’t quite dredge up the requisite amount of outrage over Barack Obama’s pastor.”

Hayes responded to The Daily Caller that “no one listened to me,” since the story got a lot of attention anyway.

After Ezra Klein shuttered Journolist and Andrew Breitbart‘s $100,000 offer for the full archive came and went, talk of Journolist died down. Now, it will re-enter the news cycle. We’ll see if these revelations, however mild, make it mainstream.