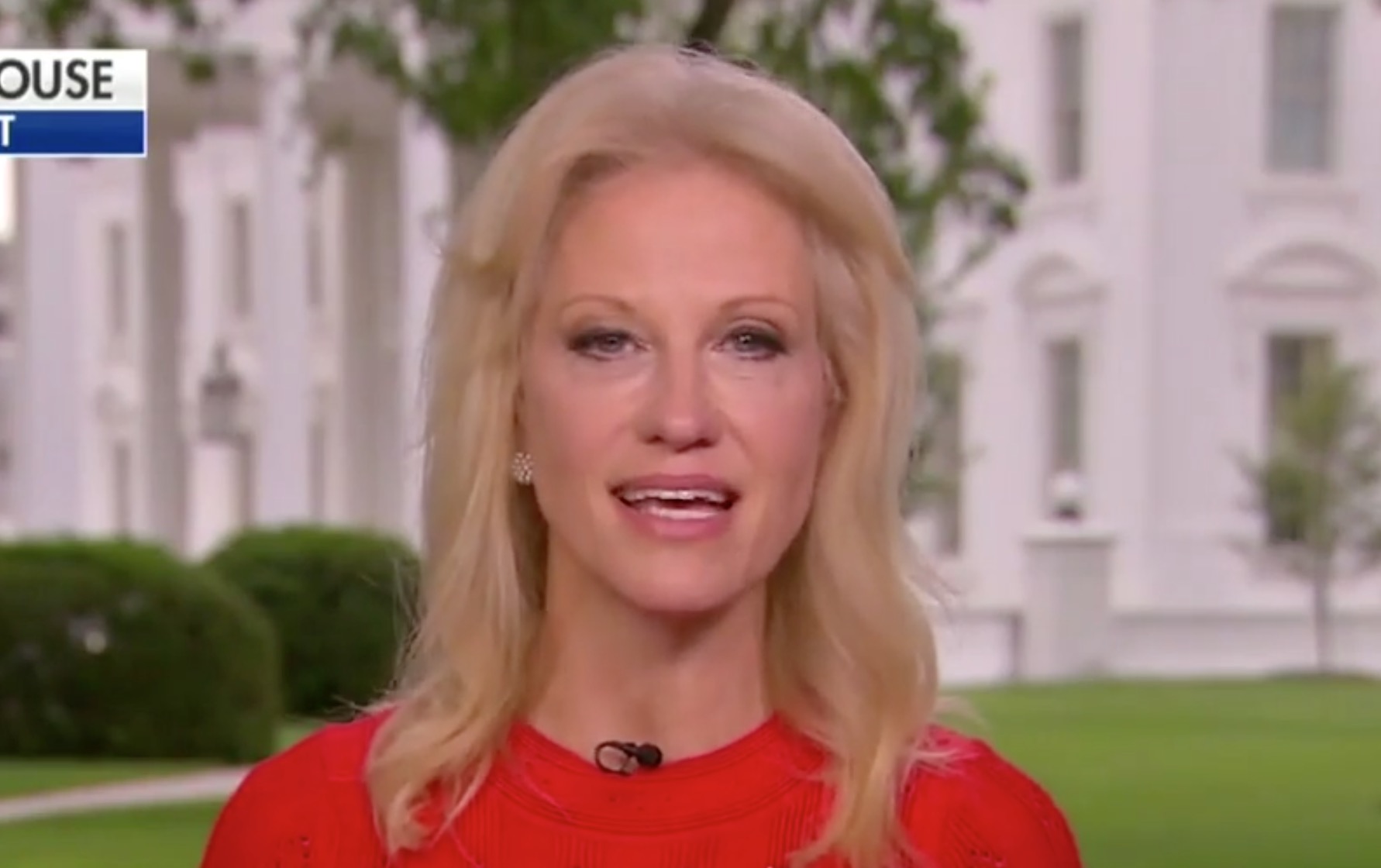 Kellyanne Conway took notice of “Mike Pence” on Monday night when he seemed to take a shot at Chris Cillizza. The CNN editor-at-large was on Twitter today to promote a new piece about whether President Donald Trump will nominate Amy Coney Barrett to replace Anthony Kennedy on the Supreme Court, and Conway was delighted to see the vice president trash Cillizza’s tweet.

The vice president has two active Twitter accounts. One is @mike_pence, the other is @VP. Indeed, the @MikePence account identifies itself with a bio that reads “Fan account. My Goal is to expose liberal hypocrisy and Fake News Bias.”