Kristen Stewart: Are We Really Cool With A 22-Year-Old’s Career Ending Simply Because She Had A Bad Break Up?

Kristen Stewart: Are We Really Cool With A 22-Year-Old’s Career Ending Simply Because She Had A Bad Break Up? 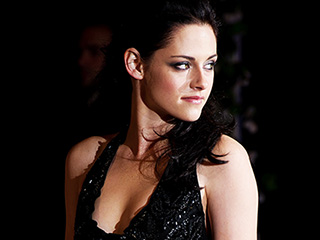 It’s kind of a fitting end to the Twilight saga, really. No, I don’t mean The Twilight Saga, the umbrella name marketers gave to the film and book phenomenon; I mean the saga of the phenomenon itself. It’s fitting that a massive franchise that was carried by female fans despite it containing lessons and themes that were sexually reductive at best and deeply troubling at worst, is ending its day in the sparkle-inducing sun by having its star’s career potentially ruined over colonial-era slut-shaming.

Yes, I’m going to comment on the whole K-Stew/R-Patz thing.

I might as well since, for the past couple weeks, actual adults have decided that the fact that two pretty people I don’t know are no longer being pretty together is a fact that I need to know. I’ve tried to ignore it but yesterday, something happened that crystalized a disturbing undercurrent to this whole story. The Hollywood Reporter‘s Kim Masters reported an “exclusive” that Universal Studios had shelved their planned sequel to the surprise hit Snow White and the Huntsman and would instead create a new story that focuses only on Chris Hemsworth‘s Huntsman character.

Basically, as Masters heavily implied, Universal was making a Snow White movie without Snow White simply because the Snow White actress had cheated on her boyfriend.

The THR piece was quickly criticized. Universal denied it, claiming that the Huntsman spinoff was separate from the franchise potential of Snow White, and Drew McWeeny of HitFix pointed out that that spinoff news wasn’t even new. There were plans for a Huntsman film way before the cheating story broke, as Gossip Cop was the first to report, therefore, any speculation that they might be connected was simply an attempt to create a sensationalistic narrative:

“Right now, Universal has no firm plans for what they’re going to do. [SWATH director and the man Stewart cheated with] Rupert Sanders has not been hired to make the second film. Kristen Stewart has not been fired from making the second film. There is not a script that has been agreed upon. No greenlight has been given. There are any number of questions that still exist before they even decide if they’ll make a follow-up, much less which version they’re going to make.

So why so much outrage today? I think people want to believe the idea that Hollywood is going to punish the sexually active young woman while rewarding the cheating husband. I think people like that version of the story because it allows them to rail about how sexually screwed up Hollywood is and how the institutionalized misogyny punishes actresses in ways that actors don’t have to deal with, and while all of that might actually be the case, this is not that story. This is not that situation. This is not worth the energy expended today, and yet here I am writing about it because I see so much misinformation bouncing around out there.”

McWeeny’s probably right. There probably isn’t an attempt by Universal to “punish” Stewart for her relatively minor indiscretions. However, when the story broke, in addition for the people desperately looking to be outraged (who I guess I’m now one of), I also saw quite a few people hoping the story was right. All over the Internet, commenters (many of them young women “weened” on Twilight) were eager to see Kristen Stewart get what she “deserved.” And that is some disturbing crap.

For weeks, the tabloids have been devoting page after page to this story and readers have been eagerly eating it up. And the worst part is, it hasn’t just been the tabloids. Regular news shows have covered it as well. And, whether or not Stewart does get to star in a Snow White 2, her career is going to be hurt by this. There’s just no way around it.

Think about this. We here in America are actively watching a woman have her livelihood be hurt because she, as a 22-year-old girl, cheated on her boyfriend.

These Twilight fans have been soaking up a lot of nasty lessons about the “proper place” for women and, while it’s not good to teach them that cheating is cool, teaching them that this is ok seems way worse.