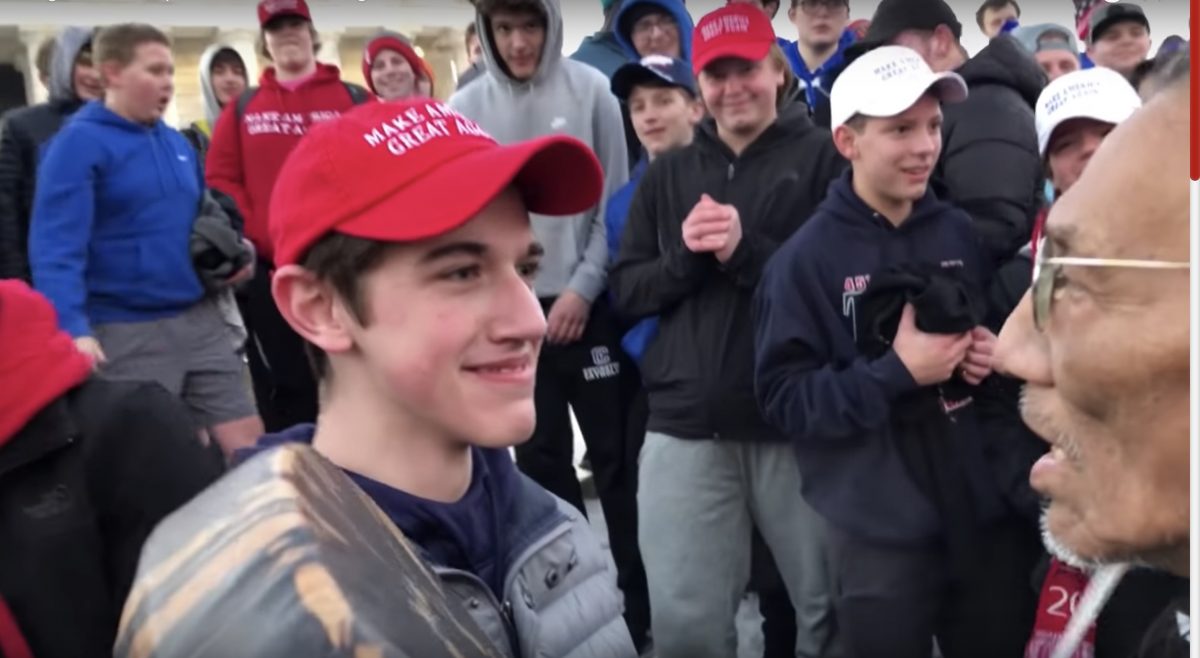 (UPDATE BELOW) Fox News’ Laura Ingraham dropped some big news this afternoon: the Covington Catholic students from that viral encounter with a Native American elder will be meeting with President Donald Trump at the White House.

Trump weighed in on the controversy last night and this morning, saying the students were “smeared” by the media and that they are symbols of how “evil” the “Fake News” can be:

Looking like Nick Sandman & Covington Catholic students were treated unfairly with early judgements proving out to be false – smeared by media. Not good, but making big comeback! “New footage shows that media was wrong about teen’s encounter with Native American” @TuckerCarlson

And this afternoon, Ingraham tweeted some news from her podcast––that the students will be meeting with POTUS at the White House, possibly tomorrow:

EXCLUSIVE on the new #LauraIngrahamPodcast — the Covington Catholic students threatened by the leftist internet mob will be meeting with @realDonaldTrump at the White House as early as tomorrow. @iTunes @PodcastOne

After Ingraham’s tweet, however, White House reporters said this doesn’t appear to be happening just yet:

Don’t think this is true. As of right now, they have not been invited, I’m told.

The Covington students aren’t coming to the WH tomorrow, or this week. https://t.co/kAUlJFUmoi

A senior administration official says there are no imminent plans for Covington students to come to the White House. https://t.co/T6NdDmRBbt

UPDATE –– 3:25 pm ET: Now Ingraham is clarifying and saying the decision is “in flux”:

Now White House now seems to be in flux re. Covington Catholic kids. Announced any meeting would happen after shutdown. Odd as it would be less meaningful if delayed. https://t.co/RHoYVgnCl4

UPDATE –– 8:35 pm ET: Tonight Sarah Sanders said the White House reached out to the students to voice their support, saying, “Certainly no one understands better than this President when the media jumps to conclusions and attacks you for something you may or may not have done.” However, she said if they do invite the students to the White House, it would be after the shutdown.