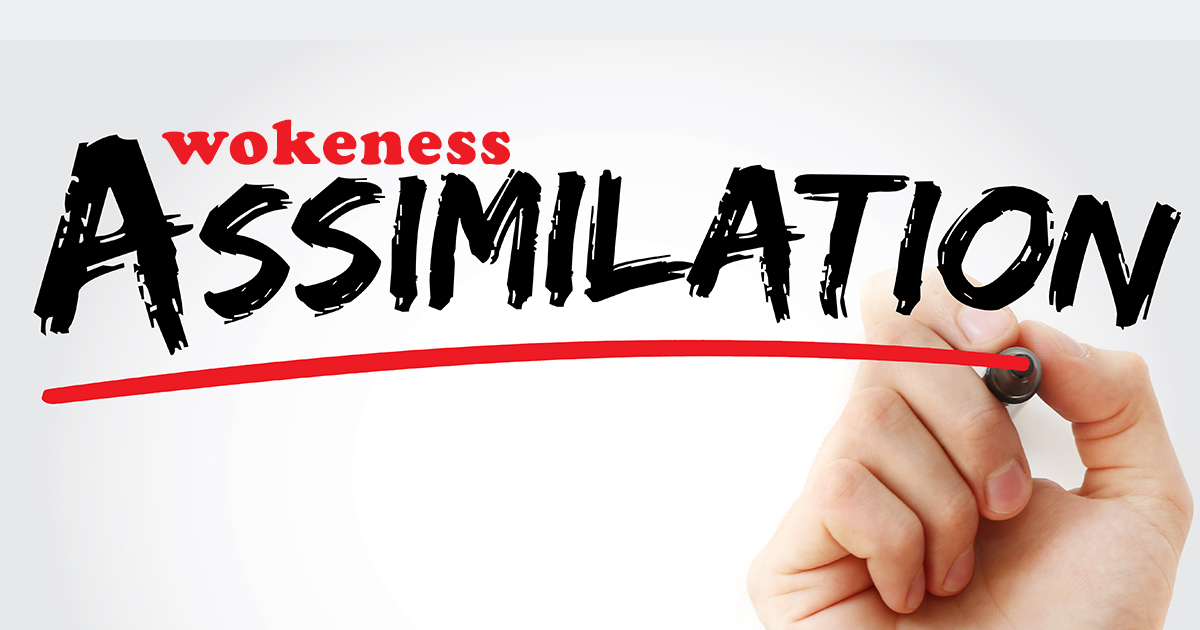 People always complain about how hard it is for refugees and their children to adapt and assimilate to vibrant American culture. As a Farsi-speaker who only began speaking native English when I was six years old, I can totally understand that. But nobody ever talks about how hard it is for immigrants to learn America’s other unofficial language: political correctness.

In fact, it’s not just a language, but a culture, and one that is even more difficult to absorb… especially since it all seems so arbitrary.

“Sometimes I’ll make a note to never say those things again, but most times I’ll feel angry and despair that I’ll never be able to fit in.”

In America, assimilating to culture isn’t only about learning which Hollywood celebrities are hot right now, or knowing how to greet others in a formal setting without kissing them a million times on the cheeks. It’s also about knowing how to communicate in a way that doesn’t piss a bunch of people off and get you banned from everything.

After leaving my padded, ex-Iranian, private school community bubble in Los Angeles and moving to the blue, blue district of Washington, D.C., I found that very hard to do.

For instance, in politically correct America, it is not enough to simply “love everybody.” Racial issues here are tough to navigate. Saying the wrong word, making the wrong gesture, or sharing the wrong photo can get you branded as a racist instantly and ruin your entire career. I am still constantly learning about things that I say or do that are getting me in trouble; sometimes I’ll make a note to never say those things again, but most times I’ll feel angry and despair that I’ll never be able to fit in.

I remember once being among a group of D.C. friends in a crowded lobby, waiting for an Uber Eats delivery. A black man walked in the door with a large backpack that was obviously meant for holding food. “Uber Eats!” I exclaimed. My friends gasped: “That’s racist.” The guy, very obviously an Uber Eats delivery guy, walked over and announced he was the Uber Eats delivery guy. “See?” I told them. But it wasn’t enough that I was right that he was the Uber Eats guy. Just the very fact that I guessed somebody’s job made me racist, because the color of his skin was black.

I remember another time telling someone I worked for Fox News’ Laura Ingraham and being asked why I hate refugees. Are they being serious? I thought. My parents are refugees from Iran, who escaped a revolution with only the clothes on their backs and had to live in Europe to get their American visas because their own country was a flaming dumpster fire toppled with sanctions. These were white Americans telling me I hate refugees because I (very proudly) found a way to make it in this country.

I grew up being made fun of for being “FOB”-y, getting stopped at airports because of my name and long skirts, and even being denied certain matchmaking services because I am Persian. No joke. My brother was once yelled at by his schoolteacher for being a “scheming Persian” after he pulled a prank. A math professor at my undergrad UCLA announced he wasn’t accepting any more Persian students in his class because we were cheating (in very clever ways, might I add.)

Not that any of my Persian friends or I cared. In fact, we loved finding ways to trigger “sefeed” white people’s sensitivities. We had them say the most outrageous cusses in Farsi, thinking they’re saying “I love you” or “how do you do.” We had weird names for every other race, and called anybody who isn’t Persian “foreigner.”

Americans can be so concerned with protecting immigrants and their children of color like me from having to experience “racism,” that they’ll ruin our careers, kick us out of social circles, fire us from our jobs, and shame us on national television just to accomplish it. Truly odd.

I’ve seen the same things happen to my Persian L.A. friends, who grew up the way I did. My friend Mahbod Moghadam, for instance, was tricked by Hollywood’s Sacha Baron Cohen into acting “cool like a black guy” on his television show so that the media could shame him for being a racist. Mahbod is an apolitical, business-oriented tech company founder who happens to employ mostly people of color and Muslim dudes — really just because they’re good at what they do. He never cared about the politically correct stuff.

The funny part about all of this is that it’s always the white, culturally acclimated people who get the angriest about these things. My black friends never get mad at me and think I’m a racist. They don’t alienate me from their circles or tell me I’m an “evil person” who deserves bad things in life. They usually just laugh at my jokes, maybe tell me I’m a weirdo, and move on.

Being the child of immigrants in politically correct America is tough; not necessarily because I’m oppressed and have to work hard to make it. It’s tough because Americans see people like me as oppressed, and are willing to beat the living shit out of me to make me believe it.