Liberals and Conservatives Agree: Fred Phelps Is Going to Hell 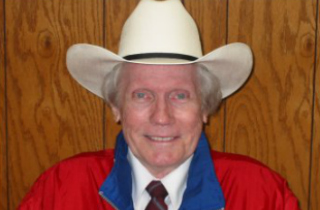 On Thursday afternoon, anti-gay Westboro Baptist founder Fred Phelps passed away at the age of 84. His church’s rallying cry of “God Hates Fags” has long drawn the ire of people across the political spectrum, and his death only served to underscore that bipartisan unity.

Today, we can safely declare that liberals and conservatives agree on one thing: Fred Phelps is going to Hell.

On one side, you have noted Christian conservatives suggesting Phelps is about to face his comeuppance for insisting that God “hates” homosexuals:

Looks like right about now Fred Phelps is learning what it is God really hates.

Fred Phelps is now answering to God for falsely accusing Him of hating homosexuals. I would not want to be in his shoes.

And, on the other side, you have liberals suggesting that, if God does exist, Phelps is about to find out what he/she/it really hates:

Well, I guess Fred Phelps is going to discover what God really hates.

Westboro hate-preacher Fred Phelps is dead http://t.co/xBJzwmsdKS We Jews don't really believe in Hell. But just in case… rot in it, MFer.