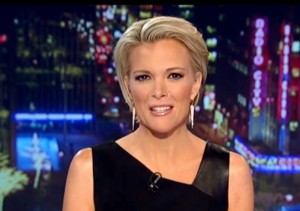 This is mortifying. Following their fearless leader’s example, Donald Trump‘s ardent supporters are using their social media accounts to spread vitriolic hate. Trump has been publicly feuding with Fox News’s Megyn Kelly, insulting her repeatedly over the course of the last few months. Last night, the feud came to a head and Trump refused to participate in an upcoming debate that will be moderated by Kelly after Fox stood by her. Trump followers seized the opportunity to harass Kelly for his decision.

Trump’s supporters are almost rabid in their defense of their idol. I’ve experienced this firsthand on a few occasions when I’ve written about the GOP frontrunner. Reporting on his various antics and daily pronouncements — which is, you know, my job — will inevitably bring droves of his fans into my Twitter mentions and email inbox to tell me how stupid I am. Following data that was revealed by Vocativ today, however, I am sad to report that I feel nothing less than grateful for the relatively low-caliber insults I’ve received.

34 different Twitter accounts have targeted Kelly with the “c” word in the last 24 hours. 423 have called her a bitch. “Bimbo” clocked in at 404. “Whore” was leveled at the accomplished news anchor 88 times. These numbers are, of course, subject to change.

I may also boycott the debate tonight– just can’t force myself to watch @MegynKelly any more. She turned into a snarky, rude bitch.

What doesn’t seem to be changing is the frequency of the sexist knee-jerk reactions flying out of the Trump camp. Calling a attorney-turned-journalist a prostitute, hooker, or skank doesn’t appear to strike any of these people as a negative thing to do, let alone a pretty nonsensical one. The fact is, Trump himself is the one showing his legions of fans how to attack and demean women, complaining about his “haters” all the while.

I refuse to call Megyn Kelly a bimbo, because that would not be politically correct. Instead I will only call her a lightweight reporter!

.@ariannahuff is unattractive both inside and out. I fully understand why her former husband left her for a man- he made a good decision.

Hey @realDonaldTrump – In case you’re looking for that tweet you deleted .. I got it right here. pic.twitter.com/a6F98q5xGU

There is nothing to say about this that hasn’t already been said. Sexist attacks are not new. In Trump’s perfect, “not politically correct” world, they will also never be old. Displays of blatant misogyny and general hatred like this are both disgusting and exhausting, but do warrant a closer look. Remember, all of this started because Kelly used her position as a debate moderator to confront Trump about his habit of calling women he doesn’t like “fat pigs, dogs, slobs and disgusting animals.”