‘Marrying Kind’ Katie Couric ‘Would Like’ To Get Married Again

‘Marrying Kind’ Katie Couric ‘Would Like’ To Get Married Again 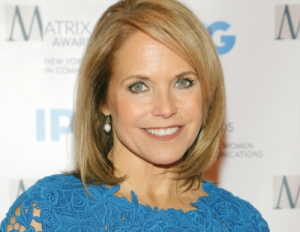 Some people never recover from the loss of a spouse, but “Katie” host Katie Couric isn’t going to let the tragic 1998 death of her spouse, Jay Monahan stop her from tying the knot again. The TV journalist, who is dating finance guy John Molner, says she is the “marrying kind” and “would like to” walk down the aisle once again.

“I would like to [get married],” Couric told Parade magazine. “I’m the marrying kind, even though I’ve only been married once. I like the idea of having a life partner.”‘

Couric married Monahan in 1989, when she had already established herself as a serious journalist. She says she could have easily gone the other way and not gotten married, as she didn’t know whether she could balance family and work:

“By then I had seen too many women give up the idea of having a family for their career. For a time I thought I’d do that, too. But I think I had an epiphany and I decided…I’m going to try to meet someone I can marry and have kids with and who will be a life partner for me…I started forcing myself to meet a lot of people…But then I met Jay…I respected him instantly. I always thought I would marry a man with dark, curly hair. One night I told him, ‘You’re everything I’ve ever looked for.'”

Unfortunately, she had him for less than ten years, and he left behind two children when he passed away:

“When Jay died, I had a 2-year-old and a 6-year-old. I wanted to provide them with a happy home; that’s what enabled me to go on.”