Mashable Fires Reporter for Suggesting #OscarsSoWhite is ‘Cancelled’ for 2017

Mashable Fires Reporter for Suggesting #OscarsSoWhite is ‘Cancelled’ for 2017 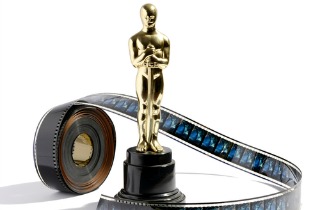 Mashable is facing a lot of outrage for suggesting that #OscarsSoWhite is obsolete, and it has resulted in the firing of one of their senior reporters.

To refresh your memory, #OscarsSoWhite was the social media movement to demand Hollywood do more to embrace diversity, in light of how very few actors of color were nominated for Oscar awards this year. Film reporter Jeff Sneider wrote about this in an article last week, where he said that #OscarsSoWhite would be “canceled” this year because the upcoming pool of nominees is looking more diverse than the last one.

After the article was published, it took on backlash from those who accused Sneider of being insensitive and implying that embracing diversity is no longer something the film industry needs to work on. The article has been edited and it now includes this editor’s note:

An initial version of this story suggested that #OscarsSoWhite was “canceled.” This was incorrect and insensitive, and we’ve since clarified: The acting nominees, the central point of contention over the past two years, could be more diverse than ever before. Even so, it does not solve the ongoing problem of diversity in Hollywood, and we regret suggesting otherwise.

Mashable took down a previous tweet to promote the article, which they followed up with an apology.

We apologize for a thoughtless tweet that appeared here earlier. We made a mistake and we’ve since removed it. We can and will do better.

Fusion reported that Sneider offered an “unapologetic tweet” about the commotion, and Heat Street confirmed that Mashable fired him “due to the events surrounding the article.”

Editor’s Note: A previous version of this article stated that Sneider did not offer comment about the backlash or his firing.