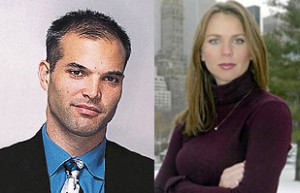 In the aftermath of Gen. Stanley McChrystal’s firing and inevitable resignation, the big question in the media has been whether or not reporter Michael Hastings and Rolling Stone acted ethically in printing quotes they knew would hurt the general. While Hastings has appeared on a few programs defending himself, one of his most vocal defenders has been his fellow Rolling Stone writer Matt Taibbi. Having previously written a response to David Brooks’ comment on the subject, Taibbi published a response today to CBS’ Lara Logan where he did not mince words. How unminced was it? Well, the blog post was entitled, “Lara Logan, You Suck.”

The hits come fast and quick right from the beginning:

“Anyone who wants to know why network television news hasn’t mattered since the seventies just needs to check out this appearance by Logan. Here’s CBS’s chief foreign correspondent saying out loud on TV that when the man running a war that’s killing thousands of young men and women every year steps on his own dick in front of a journalist, that journalist is supposed to eat the story so as not to embarrass the flag. And the part that really gets me is Logan bitching about how Hastings was dishonest to use human warmth and charm to build up enough of a rapport with his sources that they felt comfortable running their mouths off in front of him. According to Logan, that’s sneaky — and journalists aren’t supposed to be sneaky.”

One thing that Taibbi wants to make clear, though, is that this isn’t the case of one Rolling Stone buddy defending another. He explains it as a fight between media members who are in the tank for the White House and the Pentagon (he points out that CBS was recently owned by nuclear weapons manufacturer Westinghouse) and reporters who actually do reporting:

“Let me just say one thing quickly: I don’t know Michael Hastings. I’ve never met him and he’s not a friend of mine. If he cut me off in a line in an airport, I’d probably claw his eyes out like I would with anyone else. And if you think I’m being loyal to him because he works for Rolling Stone, well – let’s just say my co-workers at the Stone would laugh pretty hard at that idea.

But when I read this diatribe from Logan, I felt like I’d known Hastings my whole life. Because brother, I have been there, when some would-be “reputable” journalist who’s just been severely ass-whipped by a relative no-name freelancer on an enormous story fights back by going on television and, without any evidence at all, accusing the guy who beat him of cheating. That’s happened to me so often, I’ve come to expect it. If there’s a lower form of life on the planet earth than a “reputable” journalist protecting his territory, I haven’t seen it.”

This whole situation has led to an amazing amount of passion in the media. You can tell that’s the case by the amount of name calling being thrown out by the likes of Taibbi and Bill O’Reilly. It’s one of those debates where both sides agrees that the correct answer is incredibly obvious to anyone who thinks about it. They just disagree on what that correct answer is.