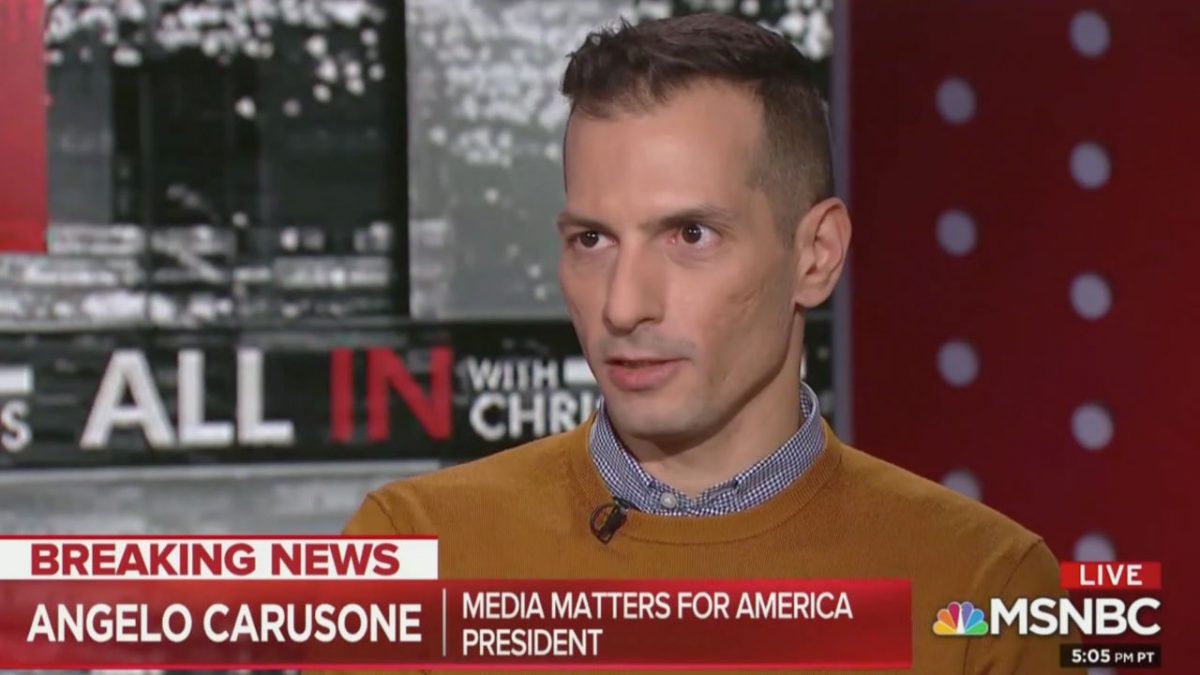 The Daily Caller is retaliating against Media Matters for the outlet’s revival of controversial comments from website founder Tucker Carlson.

As Media Matters continues to dig up Carlson’s history of racist and sexist remarks, the Caller is returning fire by resurrecting a series of questionable comments from MMFA President Angelo Carusone. They did so by scanning Carsuone’s old blog posts where he wrote demeaning quips about “trannies,” “Japs,” and “Jewry.”

The first blog the Caller flagged was Carusone’s response to an old news story about a Bangladeshi man who was robbed by a group of Thai transvestites who drugged victims by kissing them and transferring sedatives they kept hidden in their mouths. Carusone’s reactionary post was called “Tranny Paradise,” in which, he bashed a news article that called the transvestites “attractive” while also slamming the police for not warning people to “stay away from tranny bars” among other things.

“Did you notice the word attractive? What the fuck is that doing in there? Is the write[r] a tranny lover too? Or, perhaps he’s trying to justify how these trannies tricked this Bangladeshi in the first place? Look man, we don’t need to know whether or not they were attractive. The fucking guy was Bangladeshi. And while we’re out, what the hell was he doing with $7,300 worth of stuff. The guy’s Banladeshi! [sic]”

Another blog under scrutiny is the one where Carusone commented on two instances where male basketball coaches were accused of sexually and physically abusing his players. One of the stories was about a basketball coach in Japan, and Carusone reacted by dismissing the allegations and saying “lighten up Japs.”

The last two blogs the Caller brought up include one where Carusone praised former Democratic West Virginia Senator and repentant ex-Ku Klux Klan member, Robert Byrd. Carusone also used the blog to talk about his renewed interest in South Park, which he attributed to his boyfriend as he said “despite his jewry, you KNOW he’s adorable.”

The last blog strikes a similar note since it includes a passage where Carusone said his boyfriend’s conservative lean is “a result of his possession of several bags of Jewish gold.”