Meghan McCain Fires Back at Yet Another Attack on Her Father by Trump: ‘Pathetic and Telling’ 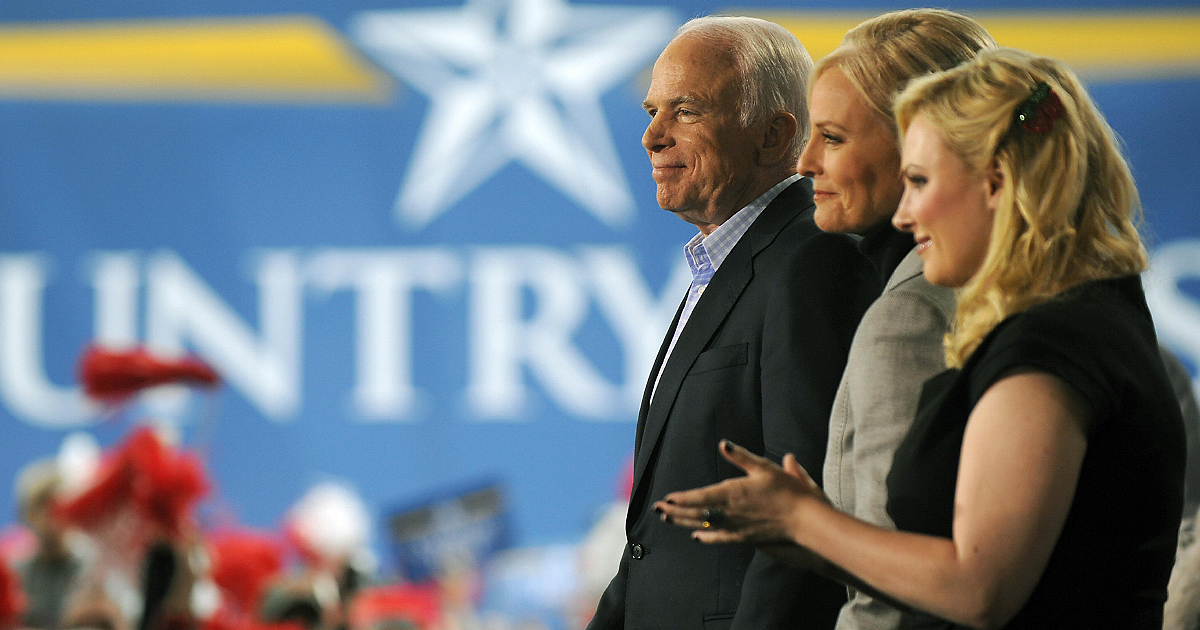 The New York Times reported on Trump’s comments at a lunch with TV news anchors, during which he bashed Democrats and the departed Republican senator and Vietnam veteran.

He recounted again the story of what he considered Senator John McCain’s betrayal in voting against advancing a measure to repeal President Barack Obama’s health care program. Although Mr. McCain has since died, Mr. Trump remains upset.

The left-wing veterans’ group Vote Vets tweeted about it, tagging Sen. McCain’s daughter, pundit and co-host of The View Meghan McCain. McCain retweeted the VoteVets account with her comments, firing back hard at the President.

The president’s obsession with my father 6 months after his death is pathetic and telling – even at a time when he should be focusing on his message to the American public and the state of our union – the greatness of my father’s life and legacy haunts you. https://t.co/JLgHoZwCKD

It seems the McCain family will have to spend many years defending their departed loved one. Luckily for him, his daughter is well up to the task.

UPDATE: After the SOTU, McCain updated.

So we're all clear – this is our Presidents version of the "rejecting of the politics of revenge". https://t.co/dsag9GnmC6