Meghan McCain Is Not A ‘Bully’ Who ‘Looks For Fights’

Meghan McCain Is Not A ‘Bully’ Who ‘Looks For Fights’ 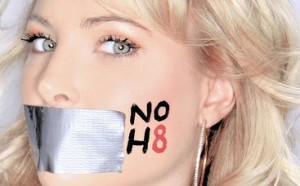 We’re now in Day Five of Meghan McCrisis 2012, in which MSNBC contributor and Daily Beast columnist Meghan McCain threatens to destroy the legacy of the late Andrew Breitbart, and indeed, America as we know it. The resulting flap has been all over the TV today, and all over the pages of the Mediaite empire for days, but the most dire threat that Meg represents has been all but ignored.

In case you missed it, Meghan told Rev. Al Sharpton, on Thursday, that (among other things) she doesn’t “understand the popularity of Michelle Malkin and Andrew Breitbart, who exacerbate people’s fears.”

Mediaite‘s Frances Martel wrote a measured critique of the clip (along with some flippant, snarky tweets), but many folks on the right responded with a flurry of vicious personal attacks on Meg. Additionally, gay conservative group GOProud came to the defense of Andrew Breitbart’s “pro-gay legacy,” which was never actually questioned by Meghan McCain.

Mediaite sister site The Jane Dough‘s Laura Donovan implored the right to take a deep breath, because “Meghan McCain Did Not ‘Smear’ Breitbart.”

Our own Noah Rothman accused Meg of “look(ing) for a fight,” and “want(ing) sympathy” whenever she finds a fight that he says she was looking for. Meghan posted a response to the hateful attacks on her in which she also blasted this site, and my boss Dan Abrams, which prompted a (relatively complimentary) response from Dan in which he concludes she’s a “bully.”

Although I’ve already come to Meg’s defense on Twitter, the many elements of this story that are personal to me necessitate a broader response. Meg, Dan, Noah, Frances, and Andrew are all people for whom I harbor respect and affection, along with frequent, significant disagreement. More importantly, after all of this virtual ink, and several cable news segments, the most crucial point in all of this has been missed.

I agree 100% with Laura, Meghan McCain did not “smear” Andrew Breitbart, nor did she desecrate his memory, or anything like that. She made a legitimate criticism, that he (and, presumably, his still-running namesake website) “exacerbates people’s fears.”

By “legitimate,” I don’t mean indisputable, I mean it was a criticism of his work that can be debated on substantial grounds, rather than a personal attack of the sort launched by many in the days following his death. Indeed, it is a point that Andrew and I debated many times while he was alive, and one that I wish, fervently, that we could continue to debate now. It’s impossible to know how Andrew would have reacted to Meg’s comments were he alive today (it’s likely he would have tweeted a link to the Sharpton clip and called it a day), but I am 100% positive he would not have reacted by calling Meg a fat, clueless whore and imploring her to commit suicide.

I agree with Dan Abrams that it was unfair of Meghan to blast our entire site, and him, while ignoring the diversity of opinion that was expressed here on the matter. That diversity of opinion is to this site’s credit, and my ability to dissent here is to Dan’s credit.

However, I don’t agree that this makes her a bully. It matters who threw the first punch. Noah Rothman’s piece, while politely-worded, was a self-evident attack in which the author nimbly recast Meghan’s decision to fight back against non-substantial attacks against her as instigation. In trying to prove that Meg goes around looking for fights, Rothman cites example after example of other people starting fights with Meghan McCain, from Laura Ingraham taking shots at Meg’s weight, to the right-wing apoplexy over her audacious decision to tweet a picture of herself while possessing big breasts. Somehow, Meg is a bully for fighting back, which is, itself, classic bully logic.

Noah also drew false comparisons between the reprehensible attacks on Meg, and Meg’s legitimate duties as a political pundit. Making legitimate criticisms of politicians and media figures is not “looking for a fight,” it’s doing your job.

That’s the point which is consistently being missed here. There are legitimate criticisms to be made of Meghan McCain. She’s not a policy expert, for example, but she doesn’t claim to be one. Her most important insights are as the eyes and ears of young, moderate conservatism. The people who resent Meg are the same people take me aside at CPAC to confess that they really don’t have a problem with gay marriage, or that they think the party is too extreme on immigration, or any number of areas that Meg regularly calls the party out for. They may hate the messenger, but her message is spot-on: conservatism is held hostage by dinosaurs.

But slamming Meg’s weight and appearance (which certainly did not occur on this site, or our sister sites) are not legitimate criticisms, any more than they are of Ann Coulter or Michelle Malkin. The fact that Meghan McCain is, in fact, a beautiful young woman is only a factor in that it illustrates the derangement of her critics. It’s quite simple; if you don’t like something Meghan McCain said, argue about that. Perhaps her critics’ refusal to do so is an admission that she’s essentially correct about the direction of the Republican Party.

What makes this especially personal for me, though, and one of the reasons I’ve admired Meg since long before we became friends, is that the kind of attacks that Meg has had to endure also promote ideas about body image that are tangibly harmful to girls and young women. Meg’s defiance in the face of these assaults strikes a blow for them, and the example she sets is more valuable than any 10 cable news talking heads.