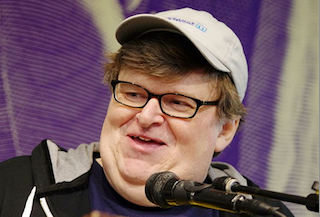 Michael Moore marked the start of the Affordable Care Act’s individual mandate Wednesday with a blistering op-ed in The New York Times in which he admits something he says “many liberals” have been too scared to say out loud before now: “Obamacare is awful.”

“That is the dirty little secret many liberals have avoided saying out loud for fear of aiding the president’s enemies,” Moore writes, “at a time when the ideal of universal health care needed all the support it could get.” But now that the law has been implemented, Moore evidently feels free to speak out against it’s major flaw.

He blames Obamacare’s “rocky start” on one central fact:

The Affordable Care Act is a pro-insurance-industry plan implemented by a president who knew in his heart that a single-payer, Medicare-for-all model was the true way to go. When right-wing critics “expose” the fact that President Obama endorsed a single-payer system before 2004, they’re actually telling the truth.

At the same time, Moore calls Obamacare a “godsend” for people who were in danger of losing their coverage under the old system. But rather than “take a victory lap,” Moore urges progressives to keep fighting for “what we deserve: universal quality health care.” He looked ahead to 2017 when Vermont plans to implement a single-payer system that has the potential to “change everything.”

“Obamacare can’t be fixed by its namesake,” he writes. “It’s up to us to make it happen.”

Arguably, it was Moore’s 2007 documentary Sicko

, which compared America’s health care systems to more cost effective systems around the world, that was responsible for jump-starting the national conversation about this issue in the first place.