Most Kids Don’t Want to Grow Up to Be President; Who Can Blame Them? 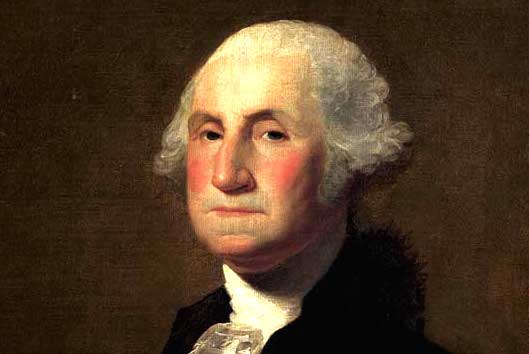 The time was fifth grade. The school was Packanack Elementary in Wayne, N.J. The question was about what one would expect from a teacher to her class at any moment during any time of the school year:

“What do you want to be when you grow up?”

A young Joe Concha in 1981, he of Bobby Ewing hair (not good) and wearing an O.J. Simpson jersey (nope, not kidding) raised his hand with vigor to answer the question…and was chosen first simply to reward the effort alone.

“I want to be President of the United States!” I declared. Not a bad gig, I figured — nice plane, nice house, guys willing to take a bullet for you; and you get a red button to push if in the mood to end the world. It just seemed like an awesome job without too much stress. Remember: I was ten years old at the time, so give a kid a little slack.

Who occupied the office had little to do with the career choice. At the time it was Ronald Reagan in the very early stages of his presidency. No matter — ten-year-olds don’t think along red or blue lines at that point. In fact, I remember having a soft spot for Jimmy Carter. He seemed like a nice man trying to do the best he could at the time.

Having said that, according to a Penguin Young Readers poll conducted earlier this year, just two percent of kids 10-16 years old see the president as their hero (Note: President Barack Obama wasn’t specifically named, just the office in general). When asked if they want to be president upon growing up, just 27 percent said that was their top career choice, behind pro athlete, teacher, veterinarian, scientist, or doctor.

And if you asked me today if I would take the job, the only answer comes in four words: “Not on your life.”

Hillary Clinton said it best recently when asked (for the 744th time in the past two weeks) if she will run for president: “Well, you have to be a little bit crazy to run for president, let me just put it like that,” she told PBS. “You have to be so totally immersed and so convinced that you can bring something to that office.”

And she’s right. To add to the point, one can’t be sane to endure the kind of scrutiny that goes into being a presidential candidate in 2014 (for 2016). It’s as brutal, as ruthless, as examined a process as any on the planet. Carter vs. Reagan in 1980 was an absolute cakewalk in terms of pressure compared to today’s media and political climate, what with 24/7 cable news as polarized as ever and social media’s millions of citizen journalists — many of whom are blind ideologues out to destroy a particular contender depending on party — there to parse every statement, every calculation.

If you go back to Kennedy vs. Nixon–it was even easier. Remember, despite looking relatively young and fit, JFK suffered from Addison’s Disease and had various health problems dating back to his childhood. According to a great biography I recently read (Jack by Geoffrey Perret), the affects were numerous, particularly to his lower back…which even periodically forced him to use crutches just to get around. The use of crutches was largely hidden from the press and those members who did see it didn’t see much reason to report it. Also according to Perret and verified by the History Channel, Kennedy was administered last rites at three times before his presidency.

In other words, given the microscopic media, social media and overall political climate today, there absolutely would not be a President Kennedy (or FDR) due to health concerns alone.

Back to the 21st century, it’s not just the candidates themselves, but their families under that microscope too. We saw this in 2008 when David Shuster — whom I would argue didn’t say this with any malicious intent — said that Hillary was “pimping out” Chelsea to appeal to women voters (he was suspended from MSNBC shortly thereafter). We saw it that same year with the treatment of Sarah Palin and Trig, her newborn son with Down’s Syndrome, when sites like The Daily Kos alleged the VP candidate faked the pregnancy to cover for her teenage daughter Bristol. And we saw it again in 2012, with the low-water mark being when Mitt Romney was actually accused of killing a woman by a pro-Obama super PAC.

If you’re Hillary Clinton, given the rollercoaster ride she again experienced with the media during the first two weeks of this year’s book tour, you have to be wondering if it’s really all worth it. Shortly before the tour, almost everyone in the pundit game was convinced she was running. But now, it no longer seems like a slam-dunk. And quite frankly, not one person could blame her if the decision was made to drop out given the way she was treated from conservative and especially liberal media outlets in 2008.

Same deal goes for anyone on the GOP side. Chris Christie must be having second thoughts on running following the fun and frivolity that was Bridgegate last winter. Marco Rubio must remember the feeling of becoming a punchline after taking a few (ill-advised) sips of water during his Republican response to a State of the Union in 2013. And Jeb Bush? Very few sentences on-air and in print will go by without invoking his younger brother.

It’s all part of the contract of being a major public figure, of course. But with the number of fact-checkers at an all-time high and so many in internet and social media—free of any true editor—on a mission to find inaccuracies and especially hypocrisy by any candidate not on their side of the political spectrum (even if it means twisting the facts to fit a narrative), who the hell would really want every word, every thought, analyzed to that extent in an environment so divided? And for at least 600 days straight during the primaries and the general, no less?

Being president is a thankless job lately, as Bush 43 and the current president can attest.

There is some of the glamour one fifth-grader once saw that goes with the job — sure. But with Americans distrust of government now at an all-time high, the cons seem to outweigh the pros more and more.

Being a pilot, a vet, or teacher may not bring the same kind of money or power, but they all have one thing in common:

Those jobs actually go appreciated by those they serve.