My Patient, Killed By The New York Times 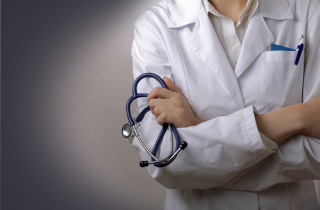 I went to the funeral of a 73 year old man who died of metastatic prostate cancer. He was one of my first patients and we had developed a friendship over the years. Attending his funeral was my way of showing my respect for the grace and courage he had displayed during his illness. I can’t say it’s my favorite way to spend a day. It can seem a little awkward. If I were a better doctor maybe we wouldn’t be here.

This one filled me with a special discomfort as I knew a secret: He didn’t have to die. I knew it and he had known it. Had he told?

About 5 years ago he had just retired and had a lot more time on his hands. He was a careful man, lived alone, considered himself well informed. He got into the habit of clipping articles on medical issues and either mailing them to me or bringing them in. They came from a variety of sources and were on a variety of topics. He wasn’t trying to show me up. He was genuinely curious. I kidded him that maybe he’d like to go to medical school in his retirement. “No” he laughed, “I just like to be in the know.”

When he came in for his physical in 2008 he told me he’d agree to the DRE but not the PSA (his medical sophistication extended to the use of acronyms: DRE stands for digital rectal exam where I feel the prostate with my gloved finger for any abnormality and PSA for prostatic specific antigen which is a blood protein unique to the prostate and often elevated in prostate cancer). He had read that the use of PSA as a screening test was controversial. This was the year that the United States Preventive Services Task Force, a government panel that issues screening guidelines, recommended against routine PSA screens for older men. It was often a false positive (the PSA was elevated but there was no cancer), led to unnecessary biopsies, and besides most prostate cancers at his age were indolent and didn’t need to be treated. I countered that prostate cancer was the second leading cause of cancer deaths in men and that it was better to know than not to know. This way it would be our decision. The patient with his doctor deciding what was best. But no, he wanted to stick to his guns and since the DRE was normal no PSA blood test was sent.

Three years later he developed a progressive debilitating back pain. Eventually I sent him for an MRI of his lumbar spine and the radiologist called to tell me his spine was riddled with cancer. Since prostate cancer commonly goes to this area the radiologist asked me what his PSA was. When I told him there was no recent PSA there was silence.

The oncologist I referred him to told me he was seeing more men presenting with advanced prostate cancer. I knew what he meant but took no comfort from it. Prostate cancer is a diverse group of diseases. Many are indolent. This one wasn’t. We spoke and saw each other many times before his death.

His daughter sought me out after the service. I expressed my condolences and she thanked me for coming. We chatted a bit and then there was that awkward lull. We could have stopped there but it just felt that she had more to say. I braced myself. “My father was killed by The New York Times,” she said. “I read the file he kept on medical stuff and all those articles by all those know-it-alls on what tests doctors should or shouldn’t do. They cherry pick to make their argument.” I told her it was more complicated than that. “It’s really not,” she said as she turned away.

I read The New York Times every day and I must say that when it comes to health care issues it can be confusing. They are either writing on the over-utilization of unnecessary tests or the underutilization of necessary tests. Then of course there are the wrenching stories of people who have lost their lives to an incompetent health care system. The paper seems hard to please.

They did take Warren Buffett to task (gently) in querying why an 81 year old man would have a PSA which led to an early diagnosis of prostate cancer and for which Mr. Buffett opted for radiation therapy. The Oracle of Omaha known for his pragmatic, long-term, conservative, rational views agreed to a PSA exam. I guess Mr. Buffett and his doctor decided they’d rather be the ones in the driver’s seat rather than a governmental agency or a bunch of reporters.

The problem inherent in medical or scientific writing is that it quickly becomes dated. Science does have a way of marching on. This year’s dogma is next year’s doggerel. This month’s Annals of Internal Medicine has an article that reports on the comparative effectiveness of various PSA screening strategies. It lays to rest (to my mind) the inherent silliness that ignorance is bliss when it comes to PSA testing. Male patients with their doctors can now decide which strategy is best for them.

Public health doctors, policy experts and journalists tend to look at the population as a whole. It is a better story if it is one story. It makes a better headline. Their statistics are people I sit across from everyday trying to figure out what the future holds. We each have our job to do.