NCAA to Move Tournament Games, Other Events From North Carolina Due to ‘Bathroom Bill’ 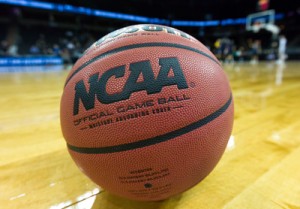 The NCAA announced Monday it is moving seven events, including first and second round men’s basketball tournament games, out of North Carolina due to HB2, the state’s law which is widely seen as being anti-LGBTQ.

In so doing, the NCAA follows the NBA, which moved the 2017 All-Star game from Charlotte because of the so-called “bathroom bill.”

In a statement, NCAA president Mark Emmert made clear that providing a “safe and respectful environment” was a priority for his organization.

“Fairness is about more than the opportunity to participate in college sports, or even compete for championships,” Emmert said. “We believe in providing a safe and respectful environment at our events and are committed to providing the best experience possible for college athletes, fans and everyone taking part in our championships.”

Kari Mueller, a spokesperson for the North Carolina GOP, who called the move “absurd” in a highly charged statement.

“I wish the NCAA was this concerned about the women who were raped at Baylor,” Mueller said, a reference to the sexual assault scandal at that university.

The full text of Mueller’s statement appears below, via Andrew Carter of the Charlotte Observer.

Here’s the NC GOP’s response to the NCAA. I made sure it was not a parody account. pic.twitter.com/BD8Ak8Rx0q

The controversial law has been denounced by many high-profile sports, entertainment, and political figures. Democratic presidential nominee Hillary Clinton weighed in via her Twitter account.

The @NCAA is right to pull tournament games from North Carolina because of the anti-LGBT HB2 law. Discrimination has no place in America. -H

The NCAA says it will delay an announcement regarding the sites for future championships, which was scheduled for December, until next year — perhaps in an effort to reconsider North Carolina sites if the law is repealed.