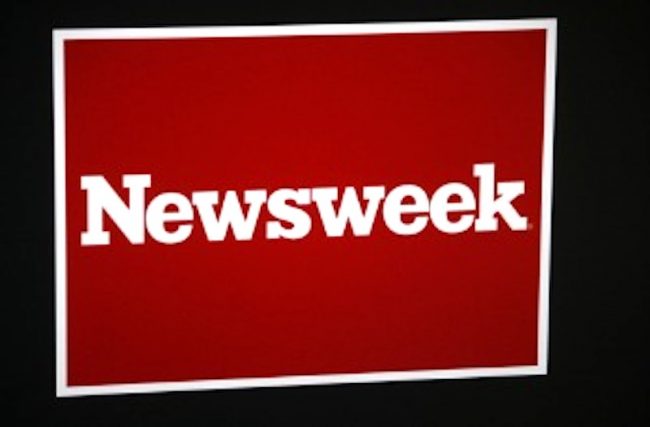 A Newsweek Pakistan editor is apologizing this morning after setting off a social media firestorm for tweets yesterday.

These tweets from Fasih Ahmed in particular––since deleted––have gotten the most attention:

And @therealfasih @Newsweek @lhrlitfest this is a sick excuse of a mind. You are a disgrace Fasih Ahmed pic.twitter.com/VjXovl3NGK

These are actual tweets from @Newsweek’s Editor for the Pakistani edition, @therealfasih.

This is unacceptable. #MeToo pic.twitter.com/VDxXPlag9k

Some of the subsequent tweets yesterday are still up:

The outrage won’t last because people are assholes. Child molestation was ok before MeToo and it will be ok again. We’ll pretend it doesn’t happen. I don’t think I was being subtle about it

Children are raped and murdered everyday. Glad you’re riding the wave because it’s trending. So. Cool. ??????

Child sexual abuse has always happened, is happening, and will always continue. Two days of outrage on Twitter and participating in a 10-person vigil may make you feel so noble but that’s all just about you, not those who’ve been victimized

You know uncles, servants, teachers, cousins, random shopkeepers hurt boys and girls. Did you report them? Did you have the balls to step out of your denial? This is the cause du jour. Default mode denial is just around the corner. Zainab is not a watershed moment

Your idea of women’s lib is to say “fuck” repeatedly in public. Like a 13 year old. The hair color is clearly seeping in

No, but let’s let the child predators get away with it. And we have and we will. If you think this Zainab moment will last, think again

This week Pakistani authorities arrested a suspect in connection with the rape and murder of 7-year-old Zainab Ansari.

Newsweek sent out a brief statement on the tweets in response to the online outcry:

Recent tweets by Newsweek Pakistan editor @therealfasih do not represent the views of @Newsweek. We are reviewing our relationship with @NewsweekPak, which operates under a license agreement.

My tweets of yesterday were coming from anger, were poorly phrased, and misread. I’m sorry to have upset the people who have survived child abuse. I have been angry at the conspiracy of silence around this evil. #MeToo #StopChildAbuse

Child abuse is pure evil. Zainab needs to be a watershed moment. Talk about it. Deal with it. Don’t shame those who have to live with it.

Pretending it didn’t happen and it doesn’t happen is not cool. Condemning it on Twitter is not good enough. Reach out and help the survivors. Don’t tell them to get over it. Not helpful.