NH State Rep. Resigns After Suggesting The Mentally Ill Should Be Sent To Siberia 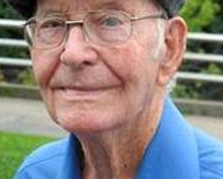 We won’t have Martin Harty to kick around anymore. The 91 year old member of the New Hampshire House of Representatives has resigned his seat after making comments suggesting the best way to treat someone with mental illness would be to give them a one-way ticket to Siberia. The Republican expressed some regret in his letter of resignation–that he was “just getting the hang of it some,” an apparent reference to the difficulty of knowing how to do that politics stuff.

Harty had previously–and publicly–said he was pretty much confused by his job, writing in a letter to the Foster’s Daily Democrat:

And then there was Harty’s fairly lousy efforts at spin control, as the UK’s Daily Mail described:

Speaking about the incident later he said: ‘I was kidding with her and it kind of got away from me. ‘It was a girl that wanted money for the crazy people, a good percentage of the homeless people are mentally disturbed.
‘I said we’ve got to do something about them, and I don’t know how to do it.’I said maybe they can rent a spot in Siberia off of Russia. She called me an Adolf Hitler and hung up on me. I never mentioned Hitler, it was her idea to use that name.’