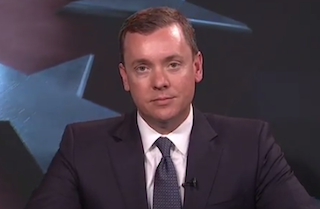 The National Rifle Association is walking back comments that were critical of “open carry” protesters in Texas after some major backlash from groups that began accusing the group of not standing up strongly enough for gun rights. During an appearance on the NRA’s radio show Cam & Company Tuesday, the executive director of the group’s lobbying arm, Chris Cox, called the initial statement a “mistake.”

The apology comes after the NRA released a statement late last week that chastised open carry groups for brandishing weapons in public irresponsibly. “Not only is it rare, it’s downright weird and certainly not a practical way to go normally about your business while being prepared to defend yourself,” the NRA wrote. “To those who are not acquainted with the dubious practice of using public displays of firearms as a means to draw attention to oneself or one’s cause, it can be downright scary.”

Following that statement, Open Carry Texas responded with a statement of its own, in which it threatened to withdraw all support from the NRA “and establish relationships with other gun rights organizations that fight for ALL gun rights, instead of just paying them lip service the way the NRA appears to be doing.”

Cox was in damage control mode Tuesday, attempting to ensure members that the NRA “supports open carry” and “concealed carry” unequivocally. As for the statement that went out last week, Cox added, “That was a mistake — it shouldn’t have happen.” He said he personally “spoke to” the staffer who wrongly included his “personal opinion” in the statement.

Watch video below, via NRA: