NSA Shooting Suspect Arrested, May Be Connected to Other Shootings
video

NSA Shooting Suspect Arrested, May Be Connected to Other Shootings 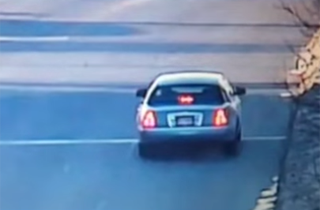 The main suspect in yesterday’s shootings at the National Security Agency’s Maryland headquarters was arrested yesterday, and authorities believe that he may be behind a string of five other, unrelated shootings over the past week.

The Baltimore Sun reports that the suspect, a 35-year-old male who was not named, is currently the only suspect in yesterday’s drive-by shooting, which damaged the outside of the NSA building but did not harm anyone. According to police, this shooting occurred less than three hours after another shooting was reported 12 miles away, in which the gunman shot at a dump truck and injured two men.

And that’s just the most recent incident:

The first incident occurred last Tuesday when shots were fired at a vehicle driving through the Arundel Mills shopping complex. Police at the time said a 61-year-old driver had his windows shot out while driving on Arundel Mills Boulevard at about 7:30 a.m. On Saturday, police released video of the Town Car.

On Monday, police received reports of shots fired at a Walmart in Laurel and at the AMC Theater at The Mall in Columbia. In the Columbia incident, Howard County police said that a member of a cleaning crew at the theater heard the shots at about 5:10 a.m.

Then on Tuesday afternoon, authorities said a dump truck driving on the Intercounty Connector was fired upon. Two passengers in the truck were injured from shattered glass.

“What’s believed to be a bullet penetrated through the window of the truck and then got lodged into one of the subjects in the vehicles’ clothing,” Lt. Kevin Ayd, a spokesman for the Maryland Transportation Authority police, said earlier Tuesday.

The gunman was tied to these earlier events thanks to ballistics reports and the fact that his Lincoln Town Car was spotted near the crime scenes. (Police arrested the suspect after they saw the same car last night, near one of the earlier crime scenes, which is not exactly the brightest move for a wanted mass shooter.)

Watch the police report of the initial shooting below, via AACOPD:

[The Baltimore Sun]
[Image via screenshot]