Once Again, The Internet Mob is Getting it Mostly Wrong on the United Airlines Fiasco
Opinion

Once Again, The Internet Mob is Getting it Mostly Wrong on the United Airlines Fiasco 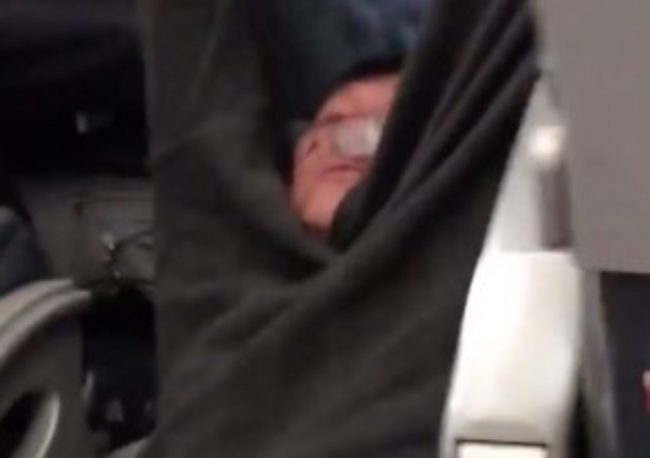 By now, we have all heard about the fiasco involving the forced removal of an Asian doctor from a United Airlines flight Sunday night. This situation was obviously outrageous and the airline’s actions are completely indefensible. We know this for sure because the Internet mob, and the news/entertainment media which religiously follows their inclinations in search of a random ratings bump, has made it very clear.

Like our Founding Fathers, as a conservative, I am inherently suspicious of “mob rule.” Any instant mob reaction is inherently going to be based almost purely on emotion and what response feels good, rather than what is based on facts and logic.

These circumstances provided almost a perfect storm of impulses to cause the mob, as it almost always does, to not get the story right. On one side, you have a poor doctor seemingly getting beat up on camera because he wanted to get home to treat his patients (or maybe because he is Asian?!), and on the other you have a faceless corporate behemoth who has caused most people at least some aggravation at some point in their lives.

While I will certainly acknowledge that video is disturbing and that it seems as if the difficult situation could have been handled more effectively, it appears to me that, just as the airline is insisting, there is a very different side to this story which is being ignored, mostly because it doesn’t appeal to the mob mentality.

I come at this story from a unique perspective.  I have seen first-hand several big stories where a convenient narrative — which is instantly created before all the facts come in to play — has turned out to be very wrong. Whenever everyone is instantly agreeing about something like this and it becomes basically forbidden to contemplate the other side (or for the accused to even defend themselves without suffering further damage), I start to break out in hives.

I also was the victim of a remarkably similar removal by police, which was also caught on tape,  where I was simply sitting in my seat at a public event for which I had a ticket in my name. One could argue that my plight was worse because there were important principles of freedom of speech/press involved and because I was laughably charged with serious crimes (which were all later dropped). Since I was unfairly deemed to be on the “wrong” side of the larger story, however, the mob/media never remotely came to my defense (even though, unlike this doctor, I have never been convicted of very serious crimes.)

While the location of this incident being a plane creates legal differences, the primary difference between my situation and that of the “Asian Doctor” was that I never did anything to invalidate my ticket to be there. It seems to me that, by the time he was forced to leave, partly due to his own actions, the doctor no longer had the “right” to be on that plane.

This appears to me to be the most important concept being lost here. When you buy a plane ticket, whether you realize it or not, you are agreeing that should the flight be “overbooked’ that it is possible that, though random selection, you may lose your seat. Here, because not enough people took the “bribe” to voluntarily leave (and the airline wanted to carry some of its own employees), fate dictated that one of those who lost their seat just happened to be a doctor with a very strange demeanor.

While it is an open question as to what United’s legal authority was at that point, I would argue that most of us would not REALLY want to live in a world where a passenger would have the ultimate authority to defy an airline’s order (implemented by the law enforcement agency in charge) to remove yourself from a plane.

Should this be the new “rule,” there would be many unintended consequences. The most obvious would be that, effectively, airlines would no longer have the ability to “overbook” their flights because they would lack any enforcement mechanism to correct the situation if the “bribe” system, just as it did here, fails.

The mob surely thinks that the solution there is to simply offer better bribes, but there is a big problem with that idea. Once passengers know that there is no way to get them off the flight, and that airlines are forced to endlessly up the ante, no one will take the initial offers and the business model for “overbooking” will quickly break down. This is similar to the reason why sellers of Christmas trees don’t routinely give steep discounts on December 23rd in order to ensure that they sell out. If they did, within a couple of years, many customers would simply wait until the last minute to buy.

The mob will surely say, “Good! Stick it to the evil corporation!” However, that liberal mentality fails to understand that, without the ability to “overbook” flights, the cost of flying will go up, possibly significantly, for everyone.

The real moral of this story, from a media standpoint, is that whenever you have a video which looks bad but doesn’t tell the full story, a sympathetic victim, an unsympathetic perpetrator, and an instant/universal mob-like reaction all falling on one side of the story, you should immediately reevaluate what you think we know about it. Betting that the truth is being lost under such circumstances is a lot safer than banking on that flight you REALLY need to be on time not being delayed by some wacky doctor who thinks that the rules don’t apply to him.