Only One Platform Recognizes Jerusalem As Current Capital Of Israel: The Democrats’

Only One Platform Recognizes Jerusalem As Current Capital Of Israel: The Democrats’ 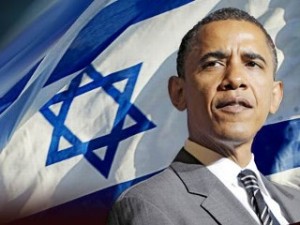 The recognition of Jerusalem as Israel‘s capital has become a political football during the 2012 election, first snapped by Mitt Romney‘s campaign during the candidate’s visit to Israel in July, and passed to the Democrats when they approved a platform which contained no mention of it. Now that that’s fixed, though, the mainstream media seems to have missed the glaring fact that only the Democratic Party Platform recognizes Jerusalem as the current capital of Israel.

Here’s what the Democratic Party National Platform says about Jerusalem, reportedly at the insistence of President Obama:

Jerusalem is and will remain the capital of Israel. The parties have agreed that Jerusalem is a matter for final status negotiations. It should remain an undivided city accessible to people of all faiths.

It doesn’t get any more direct than that. “Jerusalem is and will remain the capital of Israel.”

However, the Republican Party Platform takes a different view: (emphasis mine)

We support Israel’s right to exist as a Jewish state with secure, defensible borders; and we envision two democratic states—Israel with Jerusalem as its capital and Palestine—living in peace and security.

Wow, Republicans “envision” all of that? They regard Jerusalem’s status as capital of Israel as a mere figment of their collective imagination, a fantasy to be realized when? When the Republican Party grows some balls?

The Democrats declare that Jerusalem is the capital of Israel now. The Republicans “envision” it, perhaps at some future time, but maybe only in an episode of Sliders; they don’t say. (Spikes football, does endzone dance, Tebows)

The media, rather than put this issue in proper context, has played the initial omission from the Democratic platform for maximum conflict. Democrats like Debbie Wasserman Schultz, meanwhile, have been claiming that it was a simple technical oversight, perhaps partially because of that media failure. The much more obvious explanation is that the platform committee wanted to bring the party’s governing document in line with longstanding US government policy, given that their nominee is also the current head of that government.

You can agree or disagree with that decision, and wonder if the President knew about it beforehand, or if the Democrats were simply trying, on their own, to outmaneuver Mitt Romney by constructing a platform that the head of their party wouldn’t have to distance himself from, or even that they just forgot, but it’s irresponsible of the media to omit this crucial context.

There is a vast difference between being just a candidate for president, where you can shoot your mouth off about whatever you like, and being both a candidate and President of the United States, Commander in Chief, and America’s chief diplomat, a difference which has been reflected in party platforms in the past, even on this very issue.

The 2000 Republican platform, adopted when George W. Bush was just a challenger to incumbent Vice President Al Gore, contained this language about Jerusalem:

The United States has a moral and legal obligation to maintain its Embassy and Ambassador in Jerusalem. Immediately upon taking office, the next Republican president will begin the process of moving the U.S. Embassy from Tel Aviv to Israel’s capital, Jerusalem.

As is plainly obvious, that never happened, and when then-President George W. Bush ran for reelection in 2004, the Jerusalem plank read like this:

That’s because in 2004, President Bush was obligated to support the official U.S. policy on Jerusalem, which was, and had been since Ronald Reagan, that “The status of Jerusalem is an issue that should be resolved in final status negotiations between Israelis and Palestinians.”

That change in the Republican Party platform in 2004 reflects a bipartisan schism between the legislative and executive branches that began in 1995 with the passage of the Jerusalem Embassy Act by overwhelming majorities in the House and Senate. President Clinton didn’t sign the bill into law, but allowed it to become law by default because he, and every president since, believed that the act infringed on executive authority. President George W. Bush addressed the Jerusalem question, in a signing statement, this way:

Section 214, concerning Jerusalem, impermissibly interferes with the President’s constitutional authority to conduct the Nation’s foreign affairs and to supervise the unitary executive branch. Moreover, the purported direction in section 214 would, if construed as mandatory rather than advisory, impermissibly interfere with the President’s constitutional authority to formulate the position of the United States, speak for the Nation in international affairs, and determine the terms on which recognition is given to foreign states. U.S. policy regarding Jerusalem has not changed.

Presidents Clinton, Bush 43, and Obama have all blocked the move of the U.S. Embassy to Jerusalem, citing national security concerns.

Perhaps it would have been wiser for the Democrats to have included language similar to that 2004 GOP platform, or their own 2004 platform (“Jerusalem is the capital of Israel and should remain an undivided city accessible to people of all faiths.”), but the hay being made over this just doesn’t match the facts, and the news media have utterly failed at explaining this.

While we’re keeping score, though, it was the Democrats who first recognized Jerusalem as Israel’s capital in their party’s platform, in 1972:

Recognize and support the established status of Jerusalem as the capital of Israel, with free access to all its holy places provided to all faiths. As a symbol of this stand, the U.S. Embassy should be moved from Tel Aviv to Jerusalem

The Republicans, meanwhile, made nary a mention of Jerusalem in their party platform until 1980, and even then, did not recognize it as Israel’s capital:

Republicans believe that Jerusalem should remain an undivided city with continued free and unimpeded access to all holy places by people of all faiths.

Their platform didn’t recognize Jerusalem as Israel’s capital until 1996, twenty-four years after the Democrats, and even when they did, it was to make a promise that they then broke in record time.

The lesson here isn’t that Republicans or Democrats are weak on Israel, or strong on Israel, it’s that all of this posturing is meaningless, at best. The United States will always be the rock-solid buttress to the State of Israel (the Israelis know this), and any suggestion that one candidate or another doesn’t share that unflinching support is cheap, wrong, and potentially dangerous. A candidate can run his mouth, but a President must act wisely, balancing that support with the need to remain credible as a mediator in this conflict.