Ouch: First Lady Melania Trump Tweets Happy Birthday to the U.S. Army, But Not Her Husband 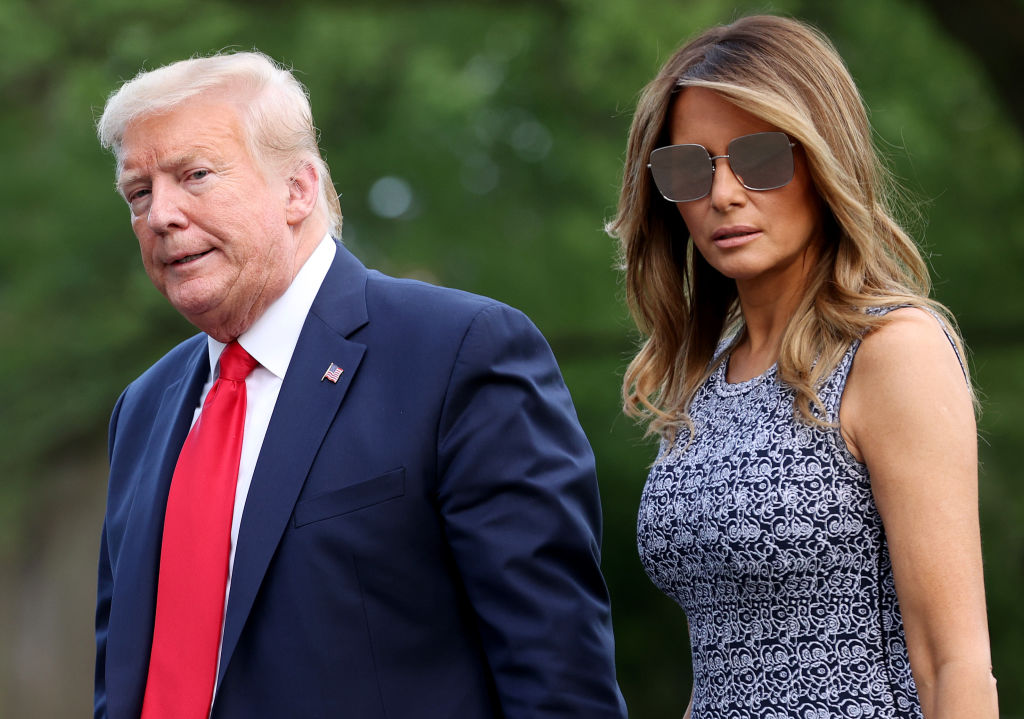 President Donald Trump may not be having a very good 74th birthday. The Commander-in-Chief has been mocked ceaselessly on social media all day over now-viral video clips from a commencement speech he gave at West Point, and his own wife, First Lady Melania Trump, has apparently not posted a single message wishing him a happy birthday.

Melania did, however, remember to send birthday greetings to the U.S. Army, retweeting a birthday message the Army posted this morning on their Twitter account, from @FLOTUS, her official account as First Lady: 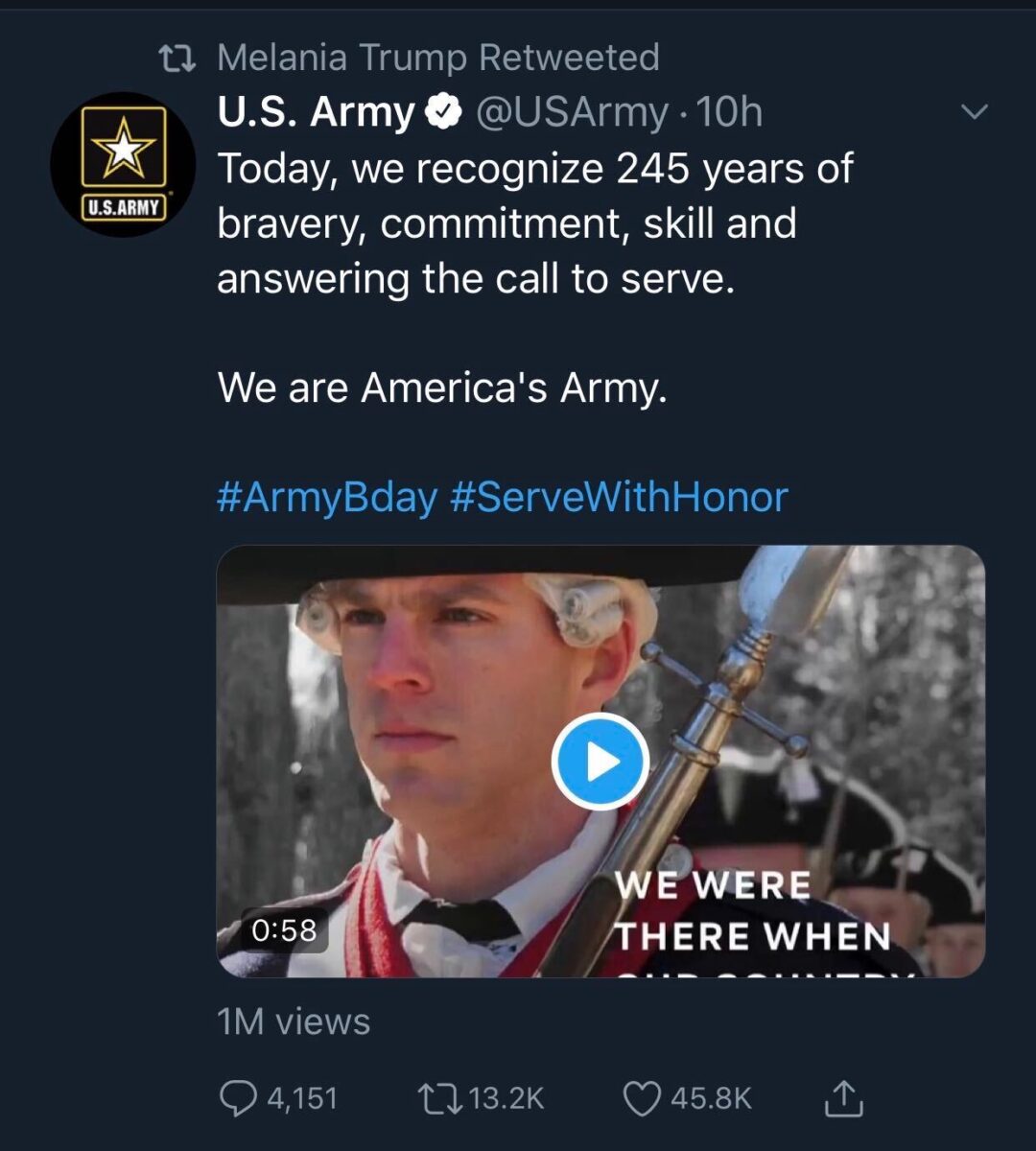 There are no tweets posted by @FLOTUS recognizing the president’s birthday. In fact, there are no other tweets dated Sunday at all.

There are no posts recognizing the president’s birthday on her official Facebook page as First Lady.

There are no posts recognizing the president’s birthday on her personal Facebook page.

There are no posts recognizing the president’s birthday on her Instagram, @flotus.

These are all the verified, “blue check” accounts that Melania has used for several years. She doesn’t usually post every day, and some of the accounts have had no recent posts at all, but not one of these accounts has any sort of message for her husband on his birthday.

The reason for the omission is unknown, but this week excerpts from a new book were revealed, claiming that Melania renegotiated her prenuptial agreement with the president before agreeing to move into the White House, managing to secure a far more lucrative arrangement.

By staying silent about her husband’s birthday but retweeting the Army’s birthday post, is Melania subtly drawing attention to Trump’s awkward moments during Saturday’s speech at West Point, the Army’s service academy? It’s possible, and wouldn’t be the first time that the First Lady has used her social media accounts — or her fashion choices — to send a message.

Trump’s birthday wasn’t ignored by the whole family. His children Ivanka, Donald Jr., and Eric all posted tweets wishing him a happy birthday.