In 2014, Trump Mocked How Obama Went Down Stairs

There’s Always A Tweet: In 2014, Trump Mocked How Obama ‘Runs Down The Stairs’ of Air Force One 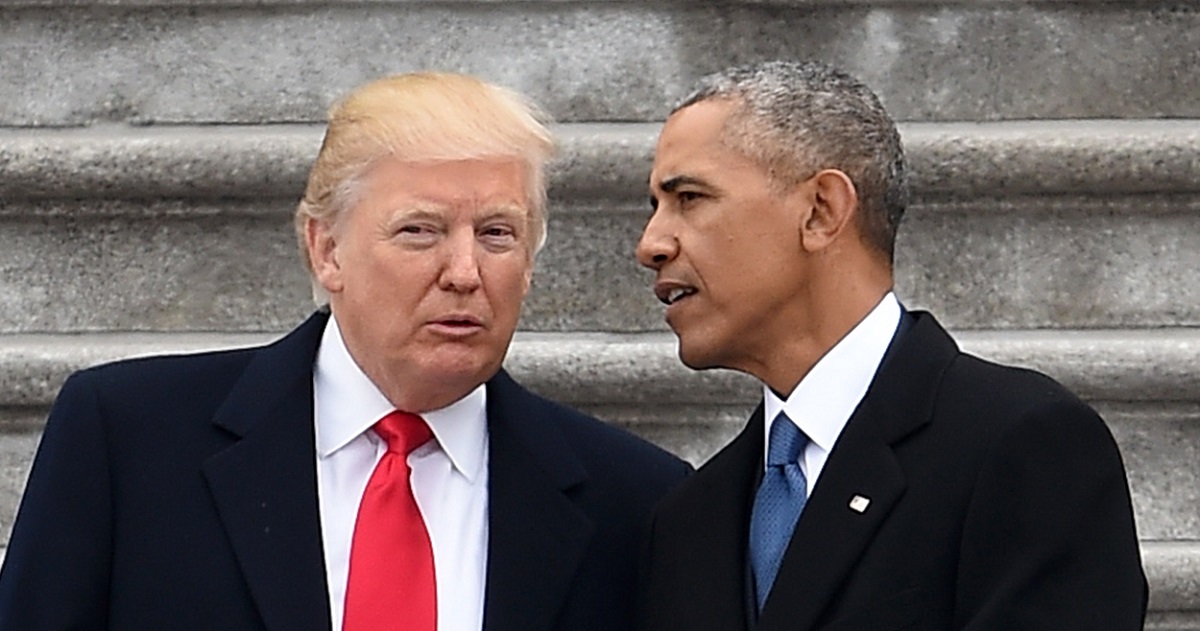 President Donald Trump has a special talent for keeping some of his most bizarre moments in the spotlight longer than they might otherwise be expected to endure, and his commencement address at West Point on Saturday is the latest example, as Trump’s own tweets are drawing unflattering comparisons with both Trump’s predecessor at 1600 Pennsylvania Avenue, and the man currently seeking to replace him.

Trump’s speech Saturday had several moments that went viral, from some minor mispronunciations and an apparent difficulty completely lifting his right arm to drink a glass of water, but it was his slow, shuffling walk down the ramp off the stage that has continued to draw attention through Sunday — in no small part because of Trump’s own late night tweet attempting to defend himself.

As Mediaite covered earlier, Trump placed the blame on the ramp being “very long & steep” with “no handrail” and “most importantly was very slippery.” Trump also claimed he “ran” the final ten feet.

The ramp that I descended after my West Point Commencement speech was very long & steep, had no handrail and, most importantly, was very slippery. The last thing I was going to do is “fall” for the Fake News to have fun with. Final ten feet I ran down to level ground. Momentum!

The video told a different story, in the eyes of many observers on social media, and #TrumpIsNotWell, #TrumpIsUnwell, and other similar hashtags were trending on Twitter most of the day Sunday — coincidentally, also Trump’s 74th birthday.

Video clips were posted, of both former President Barack Obama and former Vice President Joe Biden — Trump’s Democratic opponent — walking up the same ramp to the stage at West Point, quickly and without hesitation.

and here’s Obama walking up the same ramp

Since everyone seems to be discussing the ramp to the speaker’s platform at West Point, here’s Vice President Biden ascending it in 2016. pic.twitter.com/YMQOoRM4Au

Obama’s prowess with inclined surfaces isn’t likely to impress or inspire Trump. In 2014, he posted a tweet mocking Obama for the way he “runs down the stairs” of Air Force One, “hopping and bobbing all the way,” “so inelegant and unpresidential.”

The way President Obama runs down the stairs of Air Force 1, hopping & bobbing all the way, is so inelegant and unpresidential. Do not fall!