Our Site Designer Speaks: Mediaite From The Inside Out

Our Site Designer Speaks: Mediaite From The Inside Out 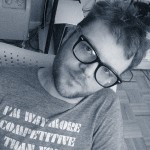 Today we announced the launch of Mediaite.com, a new site that covers all dimensions of the media world. I advised on it, including doing the design and development. Most of my previous launch projects had the support of a media entity with dozens of employees, so this was a different kind of challenge, involving such wonderful tasks as recalling the inner-workings of DART and building WordPress plugins. It’s been a while since I was involved in a bootstrappy startup, so this post is for the few people who are interested in the nuances of moving between big and small media, for however long that historical distinction remains.
Power Grid

Although a lot is going on with the site, this feature will probably garner the most attention. The Power Grid ranks 1,500 media personalities in a dozen categories. It will predictably get criticized for some sort of navel-gazing, but just as with pageview counts and most-emailed articles lists before it, the index will also predictably be ctrl+refreshed by industry obsessives. All new metrics go through their hazing periods, and media hazing is the worst form of it.

As this month’s Wired overtly suggests, the abundance of data should pose a new frontier for publishing. As personal data migrates online, accusations will arise about the narcissism of measuring thyself, perhaps even yanking in some conservative trope about the decline of society, or some liberal invective about the end of privacy. Everyone will eventually settle down, and we will all learn a little more about each other. The world will go on, and no one will take Twitter Followers that seriously. (Except Dan, who is on a mission to pass me. Please don’t follow him.)

The Power Grid itself posed many technical challenges: how to build an extensible algorithm, how to gather the data, how to differentiate industries, how to eliminate outlying factors, how to display the information. Watching the launch of Tumblarity, with its mercurial display and confounding numerical obfuscation, was a lesson in information design. (It took me days to figure out if you wanted a big or small Tumblarity number.) While the Power Grid doesn’t reveal every single data point (mostly because that would be visually overwhelming), enough data is available for surmising the gist of how rankings are calculated.

And it’s more than just a game. If you want to get a snapshot of Joel Stein or Kevin Rose, there is some interesting data to investigate. If you have an active, data-focused mind, you can imagine future iterations of the Power Grid: new data sources, APIs, visualized trending data, other industries. Who knows…

The tone of Mediaite is opinionated, but factual. It will be more reported than most blogging today, yet it will take stances where it needs to. The site’s editors (Colby Hall, formerly of VH1; Rachel Sklar, formerly of HuffPo; Glynnis MacNicol, formerly of Mediabistro; Steve Krakauer, formerly of TVnewser) provide the corpus of the site in TV, Online, and Print, while user contributions end up in the Columnists bucket. I’ll be writing occasional columns too.

“Nostalgic futurism,” “pixelated pop art,” “newspaper retro” — these were some of the early identities we toyed with. After running through iterations of each, we ended up with something calm, simple, flat.

If you follow online design trends even marginally, you’ve seen the grid take over the scene. It’s a fine system, especially when applied to data-rich sites. But it also suffers from a deficiency: it makes you think vertically. Take a look at the NYTimes.com, undeniably one of the best designed news sites. Here’s a test: Start scanning the page while thinking about how your eyes move in conjuncture with scrolling. Do you see a pattern? Your eyes are forced to move up and down with your scrollbar. This unnatural movement is because the site is built as stacks of content. Grid design implicitly enforces this kind of thinking, because it tries to build nicely aligned columns.
This is problematic, because I don’t think people actually want to scan content this way. Blogs have proven they read content this way, but it seems easier to scan content horizontally.

This was a small innovation we discovered in redesigning msnbc.com, which was was reconceived in other prominent sites. These “horizontal sites” build a new kind of importance hierarchy. Designers don’t realize it, but unaligned vertical stacks are a remnant of the way that newspapers were designed — in columns, up and down. These new layouts are more like movie screens and wide monitors, with action moving left and right.

Except for the Power Grid, it’s all built on WordPress, which I haven’t used in five years. Some hacking was required to get the front page to have a non-blog layout, but enough advancements have occurred over the years to make it only mildly painful.

If you hang around in the NYC media bubble long enough, you develop the social depression of a collapsing industry. The west coast is full of a giddy frisson about the inevitable demise of big media, while the midwest is skeptical of everything that gets force-fed to them from the coasts. NYC, which has essentially zero awareness of any of this, continues to constantly be shocked! when a TMZ or Pitchfork or The Onion comes along from the hinterlands with a massively successful enterprise.

The reasons for this amounts to a lack of vision. Even smart people, vampiracly bound to the past, seem completely blind to developing new formats. The standard for online innovation right now is “launch another blog,” which no one seems to recognize is about as depressing as launching another newspaper.

Mediaite is a hybrid model, borrowing some successful formats of the past and mixing it with some new ideas.

Rex Sorgatz is a writer, designer, and media consultant based in New York. His consulting agency, Kinda Sorta Media, launches new sites for media and commerce companies. He is a contributing editor at Wired and his work has appeared in New York and NPR. He blogs his internet life in real time at Fimoculous.com, where this site was originally published.