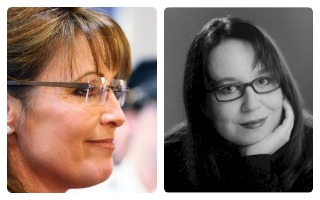 The only problem with Parker’s scoop is that the news of Palin’s move comes from the comedy news site The Daily Currant, which recently published a wide-ranging “interview” with Palin about her lateral career move. The Daily Currant describes itself as “the global satirical newspaper of record.”

RELATED: No, Ann Coulter Did NOT Refuse To Board A Plane Because Pilot Was Black

“As you all know, I’m not a big fan of newspapers, journalists, news anchors and the liberal media in general,” Palin told the Web site The Daily Currant. “But I met with the folks at Al-Jazeera and they told me they reach millions of devoutly religious people who don’t watch CBS or CNN. That tells me they don’t have a liberal bias.”

“Bless her heart, is Palin trying her best to stay relevant while her 15 minutes fades into the political history books?” Parker asked, after noting that the former Alaska governor posted a message on her Facebook announcing her intention to attend the memorial service of slain Navy SEAL Chris Kyle.

Parker’s comprehensive editorial-cum-profile of Palin and her career cites multiple sources and includes several supporting quotes, but is unfortunately based on a faulty premise.

The Daily Currant fooled a number of culture watchers on the internet recent when they called out conservative commentator Ann Coulter for refusing to board a plane piloted by an African-American. The incident never occurred, but the opportunity to confirm the biases of those who disagree with Coulter was too good to pass up. That bit of “news” made it around the internet before it was widely debunked for having originated from a comedy news site.

An earlier version of this post incorrectly reported that Sarah Palin planned to contribute to the Al Jazeera America news network.

An earlier version of this post incorrectly reported that Sarah Palin had signed on as a contributor to the Al Jazeera America news network. The blogger cited a report on the Daily Currant Web site as the basis for that information without realizing that the piece was satirical.