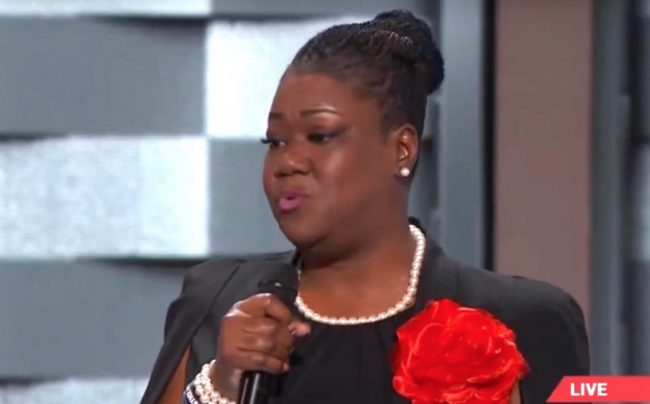 The parents of slain Florida teenager Trayvon Martin are reportedly considering a run for public office to be “a part of the change” this country needs.

Sybrina Fulton and Tracy Martin are largely driven by concerns that the administration of President Donald Trump is going to undo the social growth and advancement that groups like Black Lives Matter have made since the 2012 shooting death of their son by George Zimmerman, a neighborhood watch in Sanford, Florida.

The floated idea of running for political officer coincides with the release of their new book Rest In Power, due out Tuesday, which details the national explosion of intense public outcry that resulted from Trayvon Martin’s death. The parents of Trayvon Martin are concerned that Trump’s policies and rhetoric will make it acceptable for minorities to be unfairly targets by law enforcement in the administration’s commitment to be one of “law and order.”

City or county commissioner are the roles that they are considering at this time. Fulton said to USA Today, “Before I was just comfortable with my average life, but now I feel like I’m just obligated to be part of the change. The only way we can be part of the change is if we start with local government and we work our way up.”

Fulton was one of a number of mothers who appeared on stage at last summer’s Democratic National Convention in support of the candidacy of Hillary Clinton. Fulton revealed in his interview that Trump has helped contribute to a strong sense of, “division,” adding, “they fed into that hatred.”

“Average citizens feel like their kids are not going to make it home safely, because we’ve had so many incidents where somebody is shot and killed and nobody is being held accountable,” Fulton is quoted as saying. “You have to bury a loved one, and on top of you burying a loved one, nobody is going to trial. Nobody is being arrested. Nobody is going to jail. And so it like adds insult to injury.”