PETA: Dentist Who Shot Cecil the Lion Should Be ‘Charged and, Preferably, Hanged’

PETA: Dentist Who Shot Cecil the Lion Should Be ‘Charged and, Preferably, Hanged’ 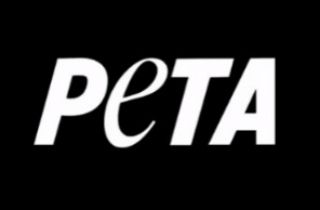 A Minnesota dentist was responsible for shooting and killing Cecil the Lion, a very popular and beloved lion at the Hwange National Park in Zimbabwe.

There’s been a huge amount of social media uproar today over Cecil’s death, but Walter James Palmer said today he had no idea which lion he shot and insisted, “I deeply regret that my pursuit of an activity I love and practice responsibly and legally resulted in the taking of this lion.”

Well, PETA released a pretty angry statement today that included a rather disturbing suggestion for what should happen to him (emphasis added):

Hunting is a coward’s pastime. If, as has been reported, this dentist and his guides lured Cecil out of the park with food so as to shoot him on private property, because shooting him in the park would have been illegal, he needs to be extradited, charged, and, preferably, hanged. To get a thrill at the cost of a life, this man gunned down a beloved lion, Cecil with a high-powered weapon. All wild animals are beloved by their own mates and infants, but to hunters like this overblown, over-privileged little man, who lack empathy, understanding, and respect for living creatures, they are merely targets to kill, decapitate, and hang up on a wall as a trophy. The photograph of this dentist, smiling over the corpse of another animal, who, like Cecil, wanted only to be left in peace, will disgust every caring soul in the world.