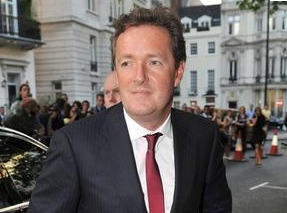 That “smoking gun” that was supposed to link CNN’s Piers Morgan directly to phone hacking and other outrageous practices of the U.K. tabloid press? Well, not so much. As we reported Tuesday, a British blogger claimed to have a recording of Morgan that–he said–“contracts” Morgans flat denials that he ever “hacked a phone, told anybody to hack a phone or published any story based on the hacking of a phone.” As it turns out, that recording’s a 2009 interview Morgan gave to the BBC, appearing on a radio show, Desert Island Discs.The host, Kirsty Young asked Morgan about “all that nasty down-in-the-gutter stuff” that Morgan was exposed to by being a tabloid newspaper editor. He never says that he personally was involved in any of it.

To be honest, let’s put that in perspective as well. Not a lot of that went on. A lot of it was done by third parties rather than the staff themselves. That’s not to defend it, because obviously you were running the results of their work. I’m quite happy to be parked in the corner of tabloid beast and to have to sit here defending all these things I used to get up to, and I make no pretence about the stuff we used to do. I simply say the net of people doing it was very wide, and certainly encompassed the high and the low end of the supposed newspaper market.

In a statement to Mediaite, Morgan says there’s nothing in that interview that contradicts what he’s said about hacking:

Millions of people heard these comments when I first made them in 2009 on one of the BBC’s longest -running radio shows, and none deduced that I was admitting to, or condoning illegal reporting activity. Kirsty asked me a fairly lengthy question about how I felt dealing with people operating at the sharp end of investigative journalism. My answer was not specific to any of the numerous examples she gave, but a general observation about tabloid newspaper reporters and private investigators. As I have said before, I have never hacked a phone, told anyone to hack a phone, nor to my knowledge published any story obtained from the hacking of a phone.

Here’s the original interview, from the BBC, via Newsweek/The Daily Beast: