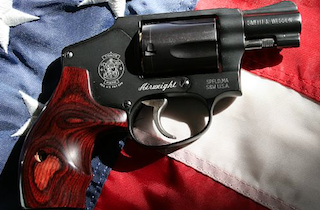 Here’s a story that’s sure to raise some eyebrows: Residents in states that lean conservative, politically, and have the highest rates of gun ownership are at higher risk for suicide, according to a recent study by University of California-Riverside sociology professor Augustine J. Kposowa. Church membership, on the other hand, (not surprisingly) decreases the risk for individuals.

Those residents face greater risk than “those in states with less gun ownership and less politically conservative leanings,” the study, published in the journal Social Psychiatry & Psychiatric Epidemiology in February, said.

Here’s the accompanying breakdown by state: 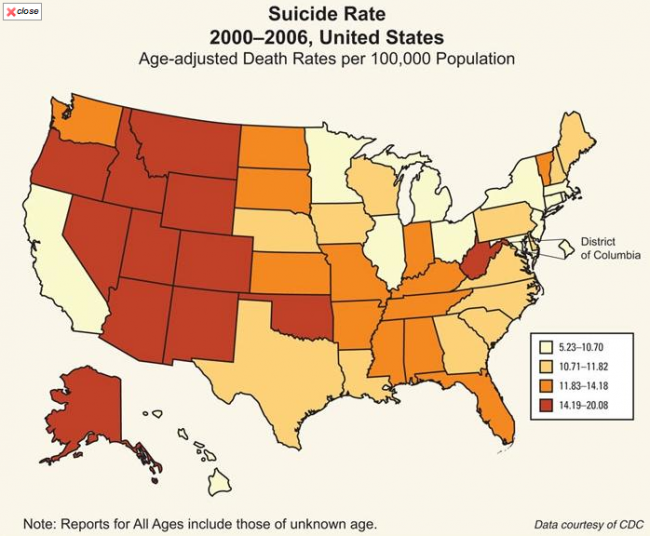 The conclusion was explained thusly:

With few exceptions, states with the highest rates of gun ownership — for example, Alaska, Montana, Wyoming, Idaho, Alabama, and West Virginia — also tended to have the highest suicide rates. These states were also carried overwhelmingly by George Bush in the 2000 presidential election.

The data Kposowa analyzed included firearm ownership, conservatism (based on those who voted for President George W. Bush in the 2000 election), suicide rate, church adherence, and the immigration rate. The data for individual suicides was then compared to the data related to death from natural causes.

“Many studies show that of all suicide methods, firearms have the highest case fatality, implying that an individual who selects this technique has a very low chance of survival,” Kposowa said.

The professor tied the study into the current national debate surrounding gun control — noting what those of us who follow the news know all too well: Gun control efforts are met with vehement opposition. Millions “continue to believe that keeping a gun at home protects them against intruders, even though research shows that when a gun is used in the home, it is often against household members in the commission of homicides or suicides,” Kposowa asserted.

And while the United States’ suicide rates aren’t exceptionally higher than those of other Western countries, Kposowa said that not changing any policies means the country “remain a very armed and potentially dangerous nation for its inhabitants for years to come.”