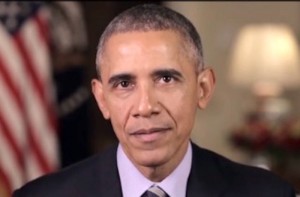 The White House announced on Friday that President Obama will travel to Louisiana next week so that he can address the recent devastation caused by record-setting floods in the Bayou State.

The president has drawn criticism over the past few days for remaining on vacation despite the recent torrential downpours in the South, although the state’s Democratic governor has publicly asked the President to stay away until the emergency abates. Homeland Security Secretary Jeh Johnson has been handling the disaster on the Obama Administration’s behalf, but a Friday afternoon email from White House Press Secretary Josh Earnest indicates that President Obama is making arrangements to visit the flood-ravaged areas to determine how government should provide further aid to the state (via email from The White House):

Statement from Press Secretary Josh Earnest on the President’s Call with Secretary Johnson and Plans to Visit Baton Rouge, Louisiana

This morning, President Obama received an update from DHS Secretary Jeh Johnson on the ongoing response and recovery efforts to the severe flooding in Baton Rouge, Louisiana, following the Secretary’s trip to the region on Thursday. During his visit, Secretary Johnson met with state and local officials, viewed the ongoing response and recovery efforts, and visited local shelters where those impacted by the flooding are receiving food and disaster-caused needs.

While in Martha’s Vineyard, the President has received updates on the situation in Louisiana, including from the DHS Secretary and the FEMA Administrator, who took separate trips there. The President today directed his team to coordinate with Louisiana officials to determine an appropriate time for him to visit, and together they have determined that the President will visit Baton Rouge, Louisiana on Tuesday, August 23rd. Additional details will be announced in the coming days. The President is mindful of the impact that his travel has on first responders and wants to ensure that his presence does not interfere with ongoing recovery efforts. He is also eager to get a first-hand look at the impact of the devastating floods, hear from more officials about the response, including how the federal government can assist and tell the people of Louisiana that the American people will be with them as they rebuild their community and come back stronger than ever.