President Obama’s Supporters Actually Hate Many Of His Policies?
video

President Obama’s Supporters Actually Hate Many Of His Policies? 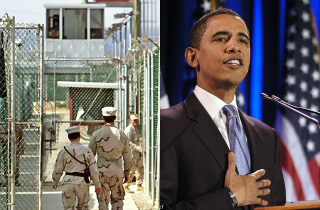 In a clever man-on-the-street experiment, activist reporter Luke Rudkowski of We Are Change went out onto the streets of Manhattan and discovered that some President Barack Obama‘s supporters are actually disgusted by many of the policies he has enacted during his first time.

How’d Rudkowski get them to reveal their distaste? By presenting those policies as items that Republican presidential candidate Mitt Romney has threatened to enact if elected.

When asked about “Romney’s” support for indefinite detention powers, the extension and expansion of the PATRIOT Act, the use of drone strikes, and a secret “kill list” (now known as a “disposition matrix”), the Obama supporters expressed downright disdain for the laws, seemingly unaware that all of those policies have already been enacted by President Obama.

When Rudkowski revealed the truth to his subjects, the reactions were mixed. Most of the people recoiled and expressed some remorse, but noted that Obama is still the “lesser of two evils,” and will still get their vote. At least they’re being honest.

One woman, who had initially condemned “Romney” as a “psychopath” for those civil liberties violations, was speechless when the tables were turned. “He’s Obama. He’s…,” she said before asking for a minute to think it over. Another Obama supporter accused Rudkowski of lying (“Those simply aren’t facts”), choosing instead to deny the very existence of these policies under the current president.

While revealing the truth to his subjects, Rudkowski went out of his way to assure them that he is not a Romney supporter. In fact, he said, Romney would most certainly enact all of those same policies. He just wanted to get an “honest opinion” from Obama supporters about some of his more unsavory policies.

On a similar note, over at the The Atlantic, Conor Friedersdorf writes that the Obama supporters who do openly disagree with these particular policies find something even more troubling than the fact that Obama has enacted them: If Romney wins, he will inherit this vast expansion of executive power and, as a Republican, will likely run wild with it.

[Republicans] will have been handed the keys to a program that kills people, including American citizens, literally without any external review or restraint whatsoever. I’m told that Obama-supporting progressives hate and fear Republicans more than anyone else. If that’s so, how can they possibly support such a reckless expansion of powers that will inevitably end up in Republican hands? Why are the willing to entrust this program in the hands of people they call insane and evil?

“Almost without exception,” adds Friedersdorf, “[Democrats] insist that Mitt Romney will obviously abuse civil liberties and wage war far more readily than Obama. This very man may be president in three months. Yet vanishingly few are urging the president to limit executive power before it’s too late.”

As someone who has never voted for a Republican or Democratic candidate, none of this comes as a surprise. After all, a similar trick could’ve been played on Romney supporters.

Rudkowski could have confronted Republican voters with those same Obama policies, still framing them as proposed by the Republican candidate, and I guarantee you those folks would have ardently defended and applauded such policies… not realizing that they were applauding their sworn enemy in Barack Obama. And then confronted with the reality, they’d either be forced to admit they like some of Obama’s policies or find a way to say the president doesn’t go far enough.

It’s the farce of party politics — a “team red” versus “team blue” mentality where shortsightedness is a prerequisite and rose-colored blinders must be worn at all times.