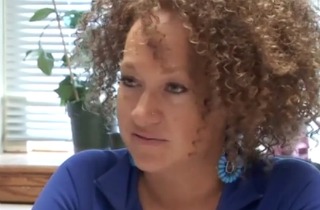 The Dolezal family dynamic grows ever more complicated. Rachel Dolezal, the former NAACP leader who was outed as a white woman pretending to be black, has been helping a sexual assault victim who filed charges against her white, biological brother.

New York Daily News reported on Saturday that Joshua Dolezal was arrested in March 2014 for four felony counts of sexually abusing a minor. The Denver Post reported to have come across court documents alleging that the plaintiff told investigators that Joshua Dolezal once threatened, “Don’t tell anyone or I’ll hurt you.” The report also says that someone in Spokane was interviewed for the investigation, but that the name was redacted.

Rachel Dolezal previously declined to talk about the charges. However, during an interview with the Spokesman-Review on Thursday about her parents’ appearance on CNN, she both mentioned the approach of a “key juncture” in the lawsuit against her brother, and accused her parents of attempting to ruin her reputation.

Dolezal’s strained family relationship has gone beyond her parents before. Her adopted brothers previously spoke out in disapproval of Rachel’s use of blackface make-up and attempts to fraudulently misrepresent her race. Dolezal cut off contact with them sometime after alleging abuse and seizing custody of her youngest brother.

Rachel Dolezal gave a statement on Monday in which she stepped down as NAACP’s Spokane leader, writing that “the dialogue has unexpectedly shifted internationally to my personal identity in the context of defining race and ethnicity.”