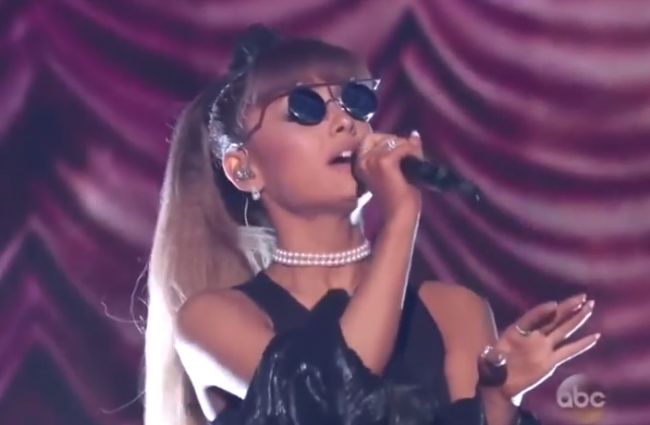 Paparazzi pictures are complicated for fans. To enjoy one, you have to like a celebrity, but not really love them. If you’re a casual celebrity observer, photos of Kim Kardashian taking North West to ballet are fun. If you’re an actual fan of the family, you might want to see the photos, but feel conflicted knowing a mother and small child had to fight a hoard of photographers to get to their engagement.

Today, the Daily Mail ran a photo of Ariana Grande back in America after the terrorist attack that took place during one of her concerts in the U.K. last night. The people who replied to the tweet fall beyond that second camp of guilty-pleasure-seeking fans who love to hate and hate to love the paps. The people who responded to this tweet were diehard Grande defenders who were not happy to see a photo of their idol so soon after she tweeted about being “broken” by the events of the last day.

Here are some of the top replies a a tweet we are deliberately not showing you:

@tg4ariana @DailyMailCeleb i’m done with the media and the paparazzi

@DailyMailCeleb How about you give her some fucking space and respect how the situation is for her.

@DailyMailCeleb Can y’all leave her the fuck alone

@ArianaBGrandeFR @DailyMailCeleb I’m proud of you guys as a fan base for being so protecting of her right now. So touching. ?

@DailyMailCeleb This is inappropriate. Stop using her tragedy for clicks, it’s disgusting. Just respect her privacy.

@DailyMailCeleb this is completely disrespectful. delete this.

Imagine going home to your family knowing that you’re a trash paparazzi, and made money from taking this picture of a person in mourning. https://t.co/HXVo79UCCZ

EXCLUSIVE: get the fuck out her face https://t.co/5YSUWyW9At

The kids are alright, everyone.