Report: Melania and Barron Trump Will ‘Absolutely’ Move Into White House by June 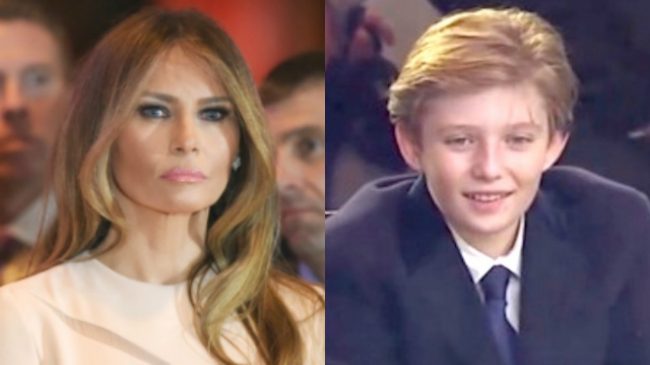 A new report has offered details on the plans to have First Lady Melania Trump and her 10-year-old son Barron move into the White House and join President Trump.

Ever since Trump was sworn into office, his wife and son have continued to live at Trump Tower so Barron could finish the current year at his private school in New York. TMZ reports that they have confirmed earlier suggestions from senior Trump advisors, and the First Family will live under the same roof again sometime in June.

Despite previous reports suggesting that Melania and Barron Trump wouldn’t move to Washington D.C. at all, White House staff say that the move is “absolutely” happening, and decisions have been made about where Barron will attend school.

The Trump family’s continued use of Trump Tower has been a subject of criticism in recent months, with reports stating it has cost millions to maintain the building’s safety while Melania and Barron live there. New York Mayor Bill de Blasio has requested $35 million from Congress in order to reimburse the city for security costs.