Report: Societies That Get Drunk Together Actually Practice Monogamy 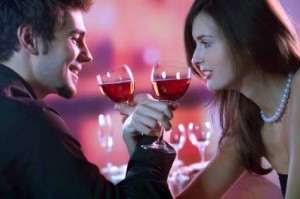 Apparently the societies that drink together, stay (exclusive) together. Over at Reason, they’ve found a pretty interesting study that notes the correlation between societies that consume alcohol and those that practice monogamy. This, of course, would seem counter-intuitive to most because, as anyone would tell you, it’s almost impossible to get a good, suburban Key Party going without some social lubricant.

The study was done as a working paper entitled “Women or Wine? Monogamy and Alcohol.” It was carried out by Mara Squicciarini and Jo Swinnen for the American Association of Wine Economists which is a…thing that I want to be a part of. Here’s the abstract from the paper:

So, give it a read (the whole thing can be found in PDF form here). It will almost certainly give you something to talk about at your next party, Key or otherwise. You can discuss the findings, debate the causality, and even marvel at the fact that the American Association of Wine Economists is something that exists.