Reporter Resigns, Allegedly ‘Tired of Reporting on These N—ers Killing One Another’

Reporter Resigns, Allegedly ‘Tired of Reporting on These N—ers Killing One Another’ 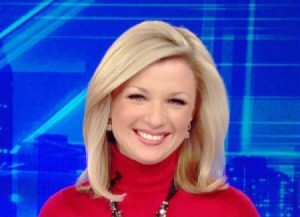 A reporter for a Detroit-area news station has resigned after she was accused by a local political consultant of tossing out a racial slur while speaking to a colleague of hers.

31-year-old Lauren Podell offered her resignation to WDIV on Wednesday following the posting of her supposed comments to Facebook a few days earlier. According to media teacher and political operative Sam Riddle, he was told that Podell told a co-worker earlier this year she’s “tired of reporting on these n***ers killing one another in Detroit.”

Bet, RIP your career then. Lauren Podell has resigned. pic.twitter.com/qHqbEGZ7rT

Per the Detroit Free Press, WDIV Vice President Marla Drutz acknowledged on Monday that an incident with Podell did occur roughly six months earlier and that it had been addressed and acted upon. At the same time, Drutz pointed out that the quote posted on Facebook wasn’t accurate.

“Nevertheless, a situation did occur more than six months ago, when an unacceptable off-air comment was made by a reporter in front of a co-worker, but not as quoted on social media,” she said.

Drutz told the Free Press on Monday that the incident occurred last March.

“As also mentioned, the original social media post was not an accurate quote and it suggested that our reporter made those specific remarks on-air. This is untrue. You also asked if any action was taken against her and yes, action was taken,” Drutz said. “However, as you can understand this is a personnel matter.”

Riddle stated that he had “unimpeachable multiple sources” regarding the quote. Meanwhile, a Detroit pastor, W.J. Rideout, called for a boycott of the station.

This isn’t the first time Podell has been at the center of controversy. Three years ago, she dropped an f-bomb during a live broadcast while reporting from a fire scene.