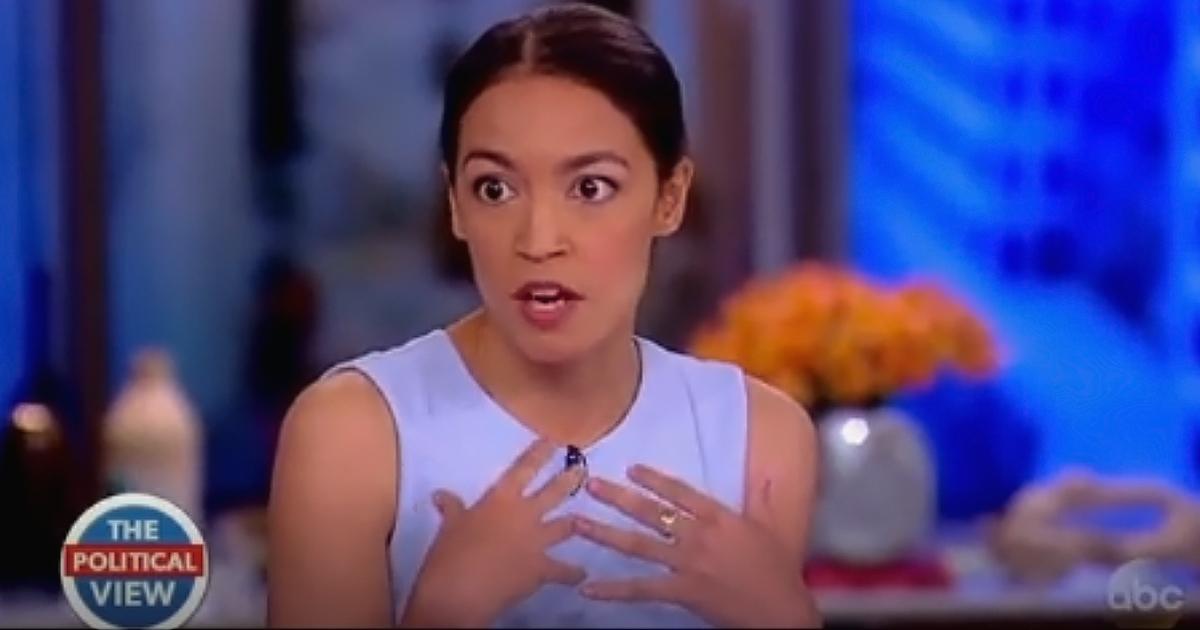 Alexandria Ocasio-Cortez — the New York-based Congressional nominee poised to make history this November by becoming the youngest woman ever elected to the House — has come under fire for barring the media from a public town hall this past Sunday. Now, her defense has prompted even more head-scratching from critics.

The political wunderkind, who has gained national notoriety for her stunning primary win over longtime Rep. Joe Crowley (D-NY), took to Twitter Friday afternoon to say that she wanted to provide a forum for local residents “to feel safe discussing sensitive issues in a threatening political time.”

Our community is 50% immigrant. Folks are victims of DV, trafficking, + have personal medical issues.

This town hall was designed for residents to feel safe discussing sensitive issues in a threatening political time.

We indicated previously that it would be closed to press.

Additionally, with this town hall non-story: it was designed to protect + invite vulnerable populations to PUBLIC discourse: immigrants, victims of domestic abuse, and so on.

We indicated previously that the event would be closed to press. Future ones are open.

But the comments drew even more flak from a number of prominent reporters:

And how does the presence of reporters make people feel unsafe?

Not sure this holds up. Press banned to make voters more comfortable, except anyone could have walked in as long as they claimed to be a future constituent – unless all attendees had their backgrounds were vetted. Which means it wasn’t ‘open to the public.’ => https://t.co/jDR6j1Yaes

You cannot ban members of the press from events that are otherwise open to the public.

That is not how it works.

If it’s not open to the press it’s not a public event. It’s a private one. That’s fine, just don’t pretend it’s a public event when it most certainly is not. https://t.co/LI1lCZTUs4

It’s really quite condescending to call it a non-story @Ocasio2018 – it’s very simple, if you wanted a private event, keep it private. But you chose to ban the press from a public event. https://t.co/12qFq5ihjo

Every politician in NYC holds constant events in immigrant communities and has done so since the dawn of time, the press covering these forums is totally normal. https://t.co/pyK7mf5JbC

Calling a legitimate story (reporting on a campaign’s barring of press at an otherwise public event because the campaign felt it would be a distraction) a “non-story” is not a good look. https://t.co/VhYfr7y5BC https://t.co/GKS33R2Anh