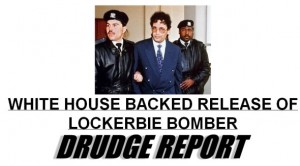 At today’s White House briefing, Robert Gibbs was asked about a letter that a US diplomat sent to the Scottish government regarding the release of convicted Pan-Am Flight 103 bomber Abdel Basset Ali al-Megrahi on “compassionate grounds.” The letter was reported by some on the right as showing that the Obama administration supported al-Megrahi’s release – including by Fox News. As we’ve learned this past week, context matters. Gibbs responded to the lies that were spread by Dana Perino and others (h/t Media Matters).

Here’s Perino on Fox & Friends, asserting that “The White House supported the release of the terrorist into Scotland on compassionate grounds, they just didn’t want him to go to Libya” and that “it’s hard to say” if the White House believed that al-Megrahi’s three month prognosis was accurate. Remember that last one. (The video includes reports from FNC and MSNBC.)

Of course, it’s only “hard to say” if you didn’t read the letter, or the story that Perino references. What the letter actually said was that the US opposed releasing al-Megrahi at all, but if Scotland did insist on releasing him, the letter demanded that an independent medical exam be done, and that al-Megrahi remained in Scotland under house arrest, rather than being sent home to Libya to a hero’s welcome.

The Senate holds hearings this week to investigate the circumstances of al-Megrahi’s release, and possible connections to an oil deal between BP and Libya.

EMBASSY OF THE UNITED STATES OF AMERICA
LONDON

I have enclosed a copy of a communication from my government that was passed to the Scottish Ministry of Justice on August 9. I am aware that competence for the decision on the matter discussed lies with the Scottish Minister of Justice, but given the gravity of this matter, I thought it important that you receive directly and be aware of the views of my government as your authorities approach a decision.

I am at your disposal to discuss this matter further.

— We greatly appreciate the Scottish Government’s continued willingness to solicit the views of the United States and the families of its victims with respect to a decision on Megrahi’s transfer. This issue is of great importance to the United States.

— We understand that Scottish law permits the Scottish Government to release individuals in Scottish custody on license if there are compassionate grounds justifying the release, and that as a matter of practice such release is not granted unless the prisoner has a life expectancy of less than three months. We also understand that the Scottish judiciary has the ability to grant bail, and in the case of Megrahi the judiciary has indicated that it is prepared to entertain a renewed bail application on compassionate grounds if Megrahi’s prognosis worsens and becomes more certain.

— The United States respects that decisions concerning compassionate release and bail are reserved to Scottish authorities and are to be made in accordance with Scottish law and policy.

— The United States is not prepared to support Megrahi’s release on compassionate release or bail. We understand that Scottish authorities are ensuring that Megrahi receives quality medical treatment, including palliative care, while incarcerated. The United States maintains its view that in light of the scope of Megrahi’s crime, its heinous nature, and its continued and devastating impact on the victims and their families, it would be most appropriate for Megrahi to remain imprisoned for the entirety of his sentence. This was the understanding and expectation at the time arrangements were made for his trial in Scottish Court in the Netherlands, were he or his confederate to be convicted and their appeals upheld.

— Nevertheless, if Scottish authorities come to the conclusion that Megrahi must be released from Scottish custody, the U.S. position is that conditional release on compassionate grounds would be a far preferable alternative to prisoner transfer, which we strongly oppose.

— If a decision were made by Scotland to grant conditional release, two conditions would be very important to the United States and would partially mitigate the concerns of the American victims’ families. First, any such release should only come after the results of independent and comprehensive medical exams clearly establishing that Megrahi’s life expectancy is less than three months. The results of these exams should be made available to the United States and the families of the victims of Pan Am 103. The justification of releasing Megrahi on compassionate grounds would be more severely undercut the longer he is free before his actual death.

— Second, the United States would strongly oppose any release that would permit Megrahi to travel outside of Scotland. We believe that the welcoming reception that Megrahi might receive if he is permitted to travel abroad would be extremely inappropriate given Megrahi’s conviction for a heinous crime that continues to have a deep and profound impact on so many. As such, compassionate release or bail should be conditioned on Megrahi remaining in Scotland.

— Again, while we are not able to endorse the early release of Megrahi under any scenario, we believe that granting compassionate release or bail under the conditions described (i.e. release with a life expectancy or less than three months and with Megrahi remaining in Scotland under supervision) would mitigate a number of the strong concerns that we have expressed with respect to Megrahi’s release.