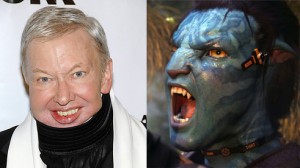 Roger Ebert is one of the most beloved film writers of all time and, recently, as he’s bravely battled the effects of cancer and its treatment, the esteem people have for him has only gotten greater. However, at the same time, he’s also been showing another side to his persona; a crotchety old man who refuses to acknowledge that video games could ever be considered an artform. While his views on video games are pretty indefensible (the computer animators who design the entire world and the writers who plot out the entire game aren’t artists?), there’s one area where his Luddite sensibilities are right on the money. In an article in the current Newsweek, Ebert claims that 3-D movies are nothing but a trashy gimmick whose only real purpose is to steal extra money from audiences and this writer, at least, thinks he’s 100% right.

The article comes with the simple headline “Why I Hate 3-D (And You Should Too)” and serves as a list of all the reasons that this trend of stretching every single movie into the third dimension is an awful idea. Some of the points are simple, like the fact that the 3-D glasses will always make the images look dimmer. Anyone who doubts that should have tried taking their glasses off for a few minutes during Avatar, the movie that is widely considered the best example of 3-D filmmaking. The “bioluminescent” world of Pandora was 10 times more beautiful without the glasses.

Even if the color issue is resolved, the fact remains that the movie studios are only pushing towards 3-D as a way to rip off audiences by adding an extra charge of $5 or more. Consider the recent Clash of the Titans remake. The movie was not made in 3-D. It was filmed to be projected in 2-D and then hastily converted once Avatar proved to be the giant blue cash cow that it was. Unsurprisingly, the 3-D effects that were shoehorned in got terrible reviews, but the studios still charged the ridiculous extra costs. Ebert’s article is strongest when he’s pointing out this exorbitant nonsense.

“7. THEATERS SLAP ON A SURCHARGE OF $5 TO $7.50 FOR 3-D.
Yet when you see a 2-D film in a 3-D-ready theater, the 3-D projectors are also outfitted for 2-D films: it uses the same projector but doesn’t charge extra. See the Catch-22? Are surcharges here to stay, or will they be dropped after the projectors are paid off? What do you think? I think 3-D is a form of extortion for parents whose children are tutored by advertising and product placement to “want” 3-D. In my review of Clash of the Titans, I added a footnote: “Explain to your kids that the movie was not filmed in 3-D and is only being shown in 3-D in order to charge you an extra $5 a ticket. I saw it in 2-D, and let me tell you, it looked terrific.” And it did. The “3-D” was hastily added in postproduction to ride on the coattails of Avatar. The fake-3-D Titans even got bad reviews from 3-D cheerleaders. Jeffrey Katzenberg, whose DreamWorks has moved wholeheartedly into 3-D, called it “cheeseball,” adding: “You just snookered the movie audience.” He told Variety he was afraid quickie, fake-3-D conversions would kill the goose that was being counted on for golden eggs.

Consider Tim Burton, who was forced by marketing executives to create a faux-3-D film that was then sold as Alice in Wonderland: An IMAX 3D Experience (although remember that the new IMAX theaters are not true IMAX). Yes, it had huge grosses. But its 3-D effects were minimal and unnecessary; a scam to justify the surcharge.

Even Cameron plans to rerelease Titanic in 3-D, and it’s worth recalling his 3-D documentary, Ghosts of the Abyss, which he personally photographed from the grave of the Titanic. Titanic 3-D will not be true 3-D, but Cameron is likely to do “fake 3-D” better than others have. My argument would nevertheless be: Titanic is wonderful just as it stands, so why add a distraction? Obviously, to return to the No. 2 cash cow in movie history and squeeze out more milk.”

There’s one point in the article that I have to protest. At the beginning, Ebert lists Jackass 3-D, the upcoming movie from the gross-out MTV pranksters, as an example of the 3-D excess. I disagree. Jackass 3-D is the exact kind of movie that should be in 3-D. It’s a gimmick movie that would fit perfectly with a gimmick format. Very few movies belong in 3-D. Only the silly ones with objects being thrust at the camera work because, as much as James Cameron and crew claim the 3-D techniques of today are more advanced than the cardboard glasses days of the 50s, they aren’t different enough to be anything more than a gag that belongs in 2 or 3 movies a year. Tops.

So, please, read Ebert’s article. The 3-D fad won’t go away anytime soon if people keep happily forking over there hard earned cash every time the studios send a fake, up-converted movie into theaters. I for one refuse to pay for another dumb 3-D epic.

Except for Tron: Legacy. That movie looks bad ass.